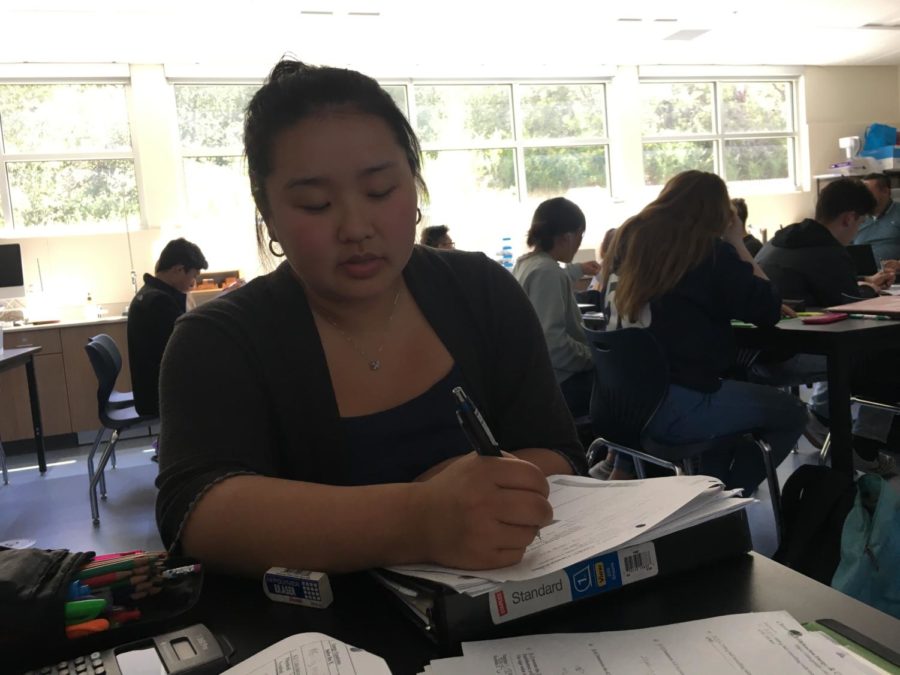 As the 2017-18 school year comes to an end, Carlmont clubs are beginning to prepare new ideas and goals for next fall.

Many clubs hope to maintain the success that they’ve achieved during this school year and extend it to next year. They also hope to incorporate new elements into their mission.

Hope Brigade, a club devoted to raise cancer awareness and help cancer patients, held their annual Holiday Toy Drive last winter and gathered triple the number of donations that they received in the 2016-17 school year.

“For the next school year, [Hope Brigade] will aim to volunteer at hospitals, visit cancer patients, and possibly sew hats for them,” Chen said.

At their last meeting, Hope Brigade’s members will hold a potluck to celebrate and highlight the club’s successes throughout the school year.

Girls’ Tennis Club, founded in the 2017-18 year, will strive to maintain and grow their tennis program at Sandpiper Middle School next school year.

“Our main focus, especially in the second semester, was to build a tennis team at Sandpiper Middle School,” said Lily Gitteos, a sophomore and club member. “Since the beginning of April, we’ve been able to hold two practices and two games per week with the sixth-grade students at Sandpiper.”

In order to continue their program at Sandpiper, the club members hope to incorporate more involvement from players on the Girls’ Varsity Tennis team next fall.

“Next year, we want to hold more hitting sessions with our own club members and expand the Sandpiper team by encouraging more coach involvement,” Gitteos said.

DECA, a club that was revived this year, aims to continue their success in competitions and uphold their reputation.

“The goal of DECA is competition success, forming partnerships and sponsorships with local corporations, and well-planned time management,” said Selena Sun, a sophomore and the club president. “As a first-year chapter, we sent three qualifiers to the international conference [ICDC], which was more than many other long-established chapters in the entire state of California.”

DECA also released a leadership application for anyone who may be interested in getting involved with the club.