College apps are in — what’s next?

The process of students gearing up for different college experiences. 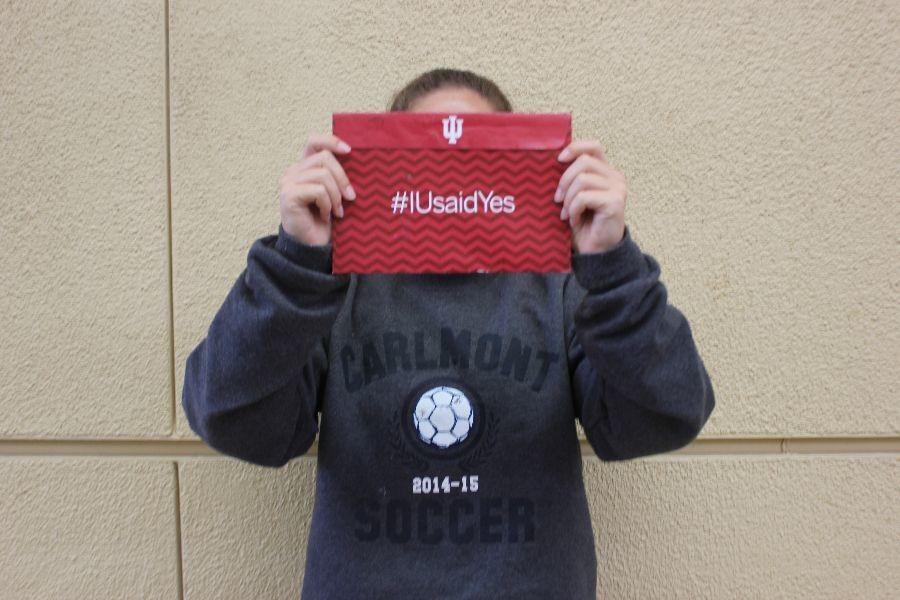 Carlmont students start to get their acceptance and rejection letters from colleges.

Below is a narrative of a senior at Carlmont High School who prefers to remain anonymous because she doesn’t want to taint her image to the colleges that she is applying to. She will be referred to as Sally Smith.

Applications have been submitted. Now, all that’s left is waiting for results. As the weeks pass by, it is tempting to reflect on all one has done, with hopes of appearing desirable for colleges as applications are reviewed.

It is common belief that one small flaw in an application is the difference between acceptance and rejection.

Most college applications state that the school is looking for a “well-rounded” student. According to College Board, this statement is defined as possessing leadership, having a willingness to take risks, taking initiative, having social responsibility, committing to service, and possessing special abilities.

At first glance, these requirements seem overwhelming. How is one expected to be involved in such a wide array of activities? How is one supposed to perform well at all of them, let alone one?  It seems as though a student needs to dabble in every possible activity offered in order to even be considered what the College Board says as “well rounded.”

That’s what drove Smith to sign up for multiple electives and activities around the Carlmont campus.

It’s not uncommon for a student to sign up for something simply because “it looks good on college applications and resumes” and not simply because they enjoy the activity. Sticking with an activity for many years even though interest has been lost, or signing up for a sport because all they do is theater are just a few examples of what students do to appear desirable for colleges.

For her, the pressure to look good to colleges started freshman year when many of Smith’s friends were enrolling in clubs and activities that they wanted to participate in as well as have them on their transcripts for all four years of high school. Because of this, Smith signed up for numerous clubs that she didn’t necessarily have interest in and ultimately didn’t gain anything out of.

To provide an example, Smith revealed that she played a musical instrument for five years and only continued to play for two years in high school. She wished to demonstrate the ability on her transcripts and resumes, even though she didn’t enjoy it.

Furthermore, Smith explained that the only reason behind signing up for Key Club, a community service club provided to the students of Carlmont, was because she knew colleges would be expecting a “commitment to service.”

However, colleges go beyond just looking at extracurricular activities to determine the value of an applicant. A not so obvious factor lurking behind every student’s application is a person’s online persona.

In an article on Huffpost Teen, Cindy Boyles Crawford, the Senior Assistant Director of Admissions at the University of Georgia said, “Many scholarships, organizations and companies see social media as the ‘true view’ of a student’s character.”

A student can easily be denied admission because of how they portray themselves on social media. Scholarships as well as Universities use social media as a way to judge their applicants going beyond just grades and test scores.This falls in the same type of judgement of character as extracurricular activities.

Smith revealed that she has taken pictures off of her Instagram account because of visible alcoholic beverages in the background. Activities such as partying and underaged drinking would create an image she doesn’t want colleges to associate her with.

Many teenagers post inappropriate pictures or tweets that can potentially inhibit themselves from getting into a certain school. Regardless of how many extracurricular activities and Advanced Placement classes are taken, with enough uneducated posts, an applicant can seem distasteful to an admissions officer. The persona a student makes for themselves online is crucial in appearing desirable for colleges.

Most colleges take into account a wide range of factors when determining an applicant’s suitability. Some schools just look at test scores and grade point averages, however many take into account other factors. These determining variables are what allow colleges to get a sense of a student’s character, and ultimately deem them as worthy or not of an acceptance letter.