College is expensive, but it doesn’t have to be 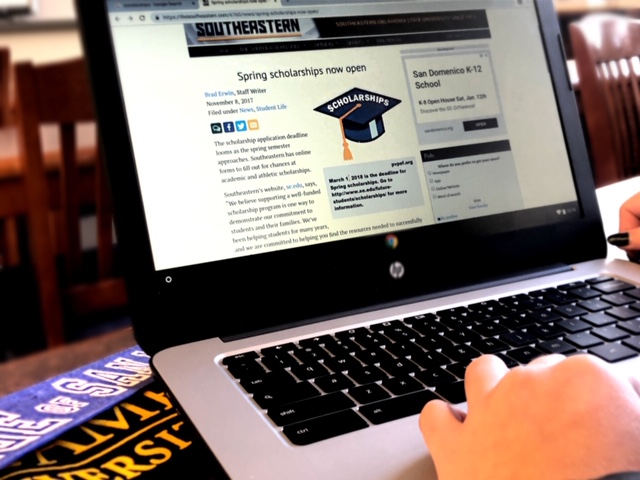 The price people pay for a degree is equal to the price of purchasing a small home in Sacramento, California.

But there are ways to decrease the amounts people pay for your education.

The amount of money that families spend on a college education is often more than they can afford. This requires students, graduates, and families to take loans and apply for grants and scholarships from outside sources, and even then, many still end up in debt.

According to the College Board, in 2014-2015, students paid an average of $42,419 to attend one year at a private university and live on campus. This amount has decreased compared to last year’s data which showed that the average family spent around $34,740 on private institutions, $9,970 on state residential public institutions, and $25,620 on out of state residential public institutions on just tuition and fees. Federal funding offered around $4,755 to students who applied for federal aid. Many families who gain federal aid still may end up in extensive debt.

It is believed that an estimated $46 billion is given out each year to scholarship applicants each year between the U.S. Department of Education and the nation’s colleges and universities. But this number becomes divided by the millions of people who apply, so relying on these organizations may not be helpful in the long run.

Around two-thirds of college students use their awarded scholarship money within their first year of school. Data from the past few years shows that around 34 percent of students used federal aid to help pay off their student debt.

Many students depend on scholarships in order to be able to attend college. Thus, committees tend to be critical when choosing recipients.

The average student in each state only sent out one scholarship application in the 2017-2018 academic year.

The application season for scholarships is available from November to April. Students will often do research online, read through local newspapers, or talk to a guidance counselor at school to find the best-fit scholarship.

College graduate Jeremy Mercado believes that he would not have been able to pay off his student debt without having scholarship money.

“It is important to look for the hidden scholarships because if you apply for the popular-well known ones then you have less of a chance of gaining the scholarship,” Mercado said.

Nina Rasor, who runs Carlmont’s College and Career Center, is one of the many sources students can approach for guidance.

“Applying to many scholarships is the key. Even though a student thinks they might not be an exact match for the scholarship criteria, apply anyway,” Rasor said. “Let the scholarship committee reject the application, do not reject them. Students need to put in the time and energy for scholarship search and apply.”

According to the Carlmont Academic Team, for the 2017-2018 academic year, Carlmont’s graduate class received more than 60 scholarships, which ranged from local organizations like the San Carlos Rotary Club to the San Mateo Credit Union.

Meanwhile, Andrew Notte and Kendall Butler were able to receive scholarships from schools that they were accepted into, the UC Davis Regents Scholarship and University of Montana Presidential Leadership Scholarship respectively.

Although many students go straight into a four-year college after graduating from high school, there are many other ways besides scholarships that help reduce the final cost. For example, some high school graduates go to a local community college for two years to get their basic credits done, then apply for a four-year college to major in their interests and earn a degree.

People may have mixed perceptions about community college but it is useful to know what is available.

Scholarships are a great way to keep the cost of your college education to a minimum.