The Carlmont Jumps has an incredibly welcoming community of people stemming from all walks of life. From grown adults and parents enjoying time with their children to teenagers enjoying rides with their friends. There is a place for everyone at Carlmont, and that is apparent from the second you arrive.

People shout praise as riders flash by, listening to music and laughing lightheartedly at stories of past rides and old memories.

With the rise of the pandemic, the atmosphere of the Carlmont Jumps has died down considerably but continues to be warm and welcoming for those just discovering it. 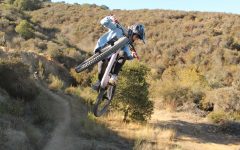 Last year, we had people drive from Utah to come out, which is insane. I never would’ve thought in a million years that people are so invested in this place.”

Perhaps the biggest example of the amazing community can be seen in the massive riding event called Hucksgiving. Taking place on the day after Thanksgiving, Hucksgiving is an annual ride-out event organized by the Carlmont Kids group, which has since been dedicated to their friend, Nick Aguilar, who passed away in a car accident in 2016.

“Obviously, I want [Aguilar] to be at the center of [Hucksgiving], but I wanted it to be a time where everyone can come together no matter how old you were, what skill level you were and just kind of hang out,” said Josh Woodward, a local rider who is heavily involved in the planning and running of Hucksgiving. “Last year, we had people drive from Utah to come out, which is insane. I never would’ve thought in a million years that people are so invested in this place.”

Over the years, this event has become massive, with more than 100 riders showing up to show their support and ride some bikes. 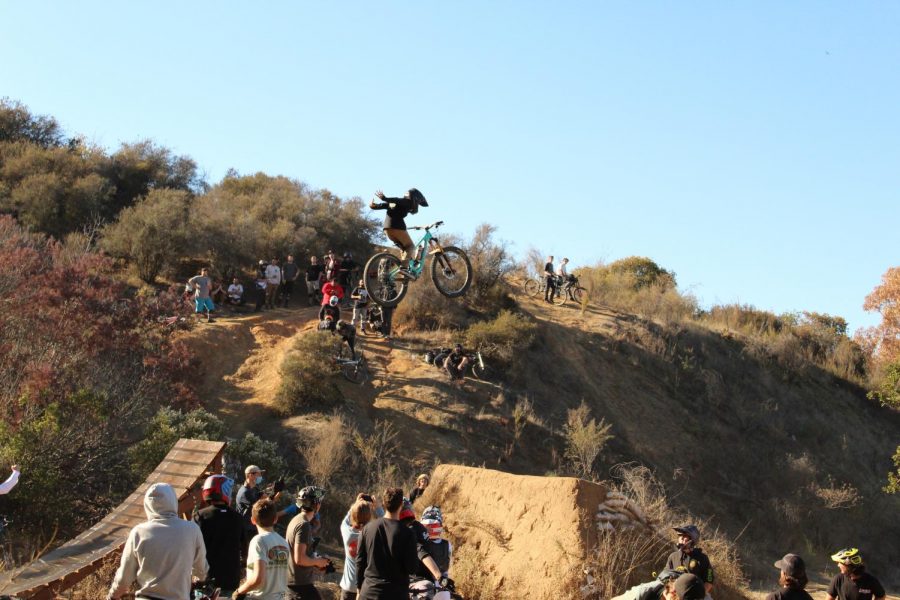 To say that seeing so many people enjoying Carlmont is magical is quite an understatement, as it is nothing short of surreal. With the turnouts growing every year, who knows what the future will hold.

Of course, with the pandemic still ongoing, this year, the event has been limited to only a few select riders for the safety of those involved. However, the anticipation for next year will be fully present in the riders’ minds until the time comes again next year.