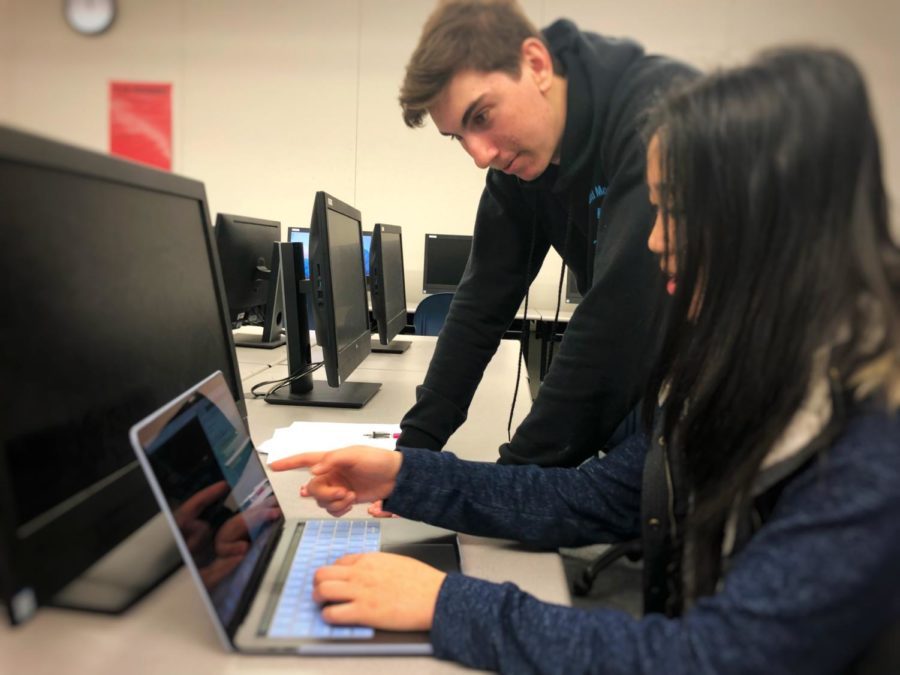 With the world revolving around technology, computer programming has become a vital industry in today’s society. Carlmont’s Computer Science Club enables students of all skill levels to learn and develop their programming skills, as well as fosters students’ interest in pursuing a career in coding.

Computer Science Club began at Carlmont in 2012 and is currently being led by Club President Edward Vendrow, who shares his passion for computer science with his fellow club members.

“I decided to become the president of this club because I have always been interested in computer programming and I thought this would be the perfect outlet for me,” Edward Vendrow said. “I also saw this as a great opportunity for members to develop their computer skills and apply them in new ways through different software.”

During their lunchtime meetings, Edward Vendrow and Vice President Josh Vendrow work individually with the novice club members to teach them the basics of coding. For the advanced members, they provide a challenging programming problem for them to solve.

“No matter your level of experience, there is already a place for you at Computer Science Club,” Josh Vendrow said. “I sit with members one-on-one and teach them anything they would like to know about programming. This club is a great resource for anyone who wants to get involved in computer science, which is one of the fastest growing fields out there.”

Additionally, the club participates in multiple regional computer programming competitions throughout the school year where they often place in the top 10. The club is currently preparing for their upcoming ProCo competition in May, which is an annual programming-based contest hosted by Stanford University.

Many students who participate in the club are just as enthusiastic about it as the president and vice president.

Sophomore Kevin Wang said, “Joining Computer Science Club was one of the best decisions I’ve ever made. I encourage people who are curious and interested in computer science to join in order to learn more about it since computer science is so much more than what is taught in an advanced placement (AP) class.”

The club currently has 15 active members and is looking to expand their computer science community to anyone who is interested.

“Coding has become an integral part of science, technology, engineering, and math (STEM) subjects and it has applications in nearly every field. Even if you don’t want to be a programmer, coding will be immensely useful in today’s technology-driven society,” Edward Vendrow said.

To get involved in Computer Science Club, attend one of their lunchtime meetings held every Monday in room D23.