Opinion: Conan Gray is an artist to watch 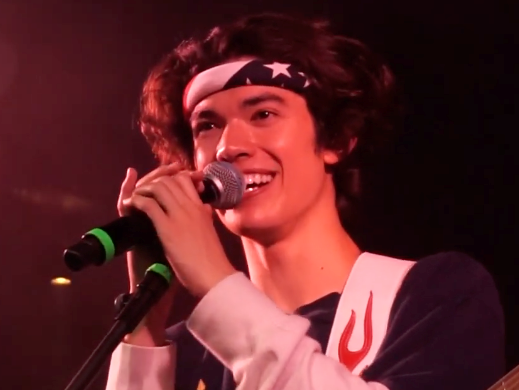 From a small town in Texas to playing in stages nationwide, Conan Gray has come a long way.

In the past two years, Gray has skyrocketed to stardom. Gray started his music career innocuously, first posting covers on his YouTube channel in 2014. For the next three years, Gray would continue to grow his YouTube channel, talking about college life, vlogging, and amassing an army of subscribers in the process.

Then, it all changed in 2017 when Gray released “Idle Town.” It quickly became a hit and, later that year, Gray was accepted to the University of California Los Angeles and signed a record deal with Republic Records.

Part of the magic of Gray’s earlier works is the sense of coming-of-age nostalgia apparent in each song. His song “Generation Why,” serves as a plaintive rallying anthem for millennials and older Gen Z-ers who feel ignored and belittled in today’s political discussions. And “Crush Culture,” a pop, rebellious song, exposes America’s obsession with love — and Gray’s distaste for it. Gray has a special knack for capturing Gen Z’s frustration and disgust with the world today and turning it into a relatable narrative about breaking free from suburbia, representing the constricting confines of the status quo.

Every track of Gray’s debut EP, “Sunset Season,” speaks to a different part of adolescence. The EP opens with “Idle Town,” which perfectly captures the teenage desire to spread one’s wings and explore the outside world.

Another personal favorite of “Sunset Season” is the song “Lookalike,” a soulful ballad about lost, unrequited high school love. With minimal production, Gray’s vocals and lyricism truly shine through. “Lookalike” showcases Gray’s narrative skills reminiscent of Red-era Taylor Swift, and Gray does a stellar job of increasing the intensity of the lyrics with the swell of the melody, culminating in a classic heartbreak song for generations to come.

After the release of “Sunset Season,” Gray began to evolve his sound, pivoting from dream pop to pop-rock. The first of this transition was “Checkmate.” Gray’s signature style of genuineness tinged with rebelliousness remains apparent without his trademark suburban nostalgia, marking a new era of growth for the singer. “Checkmate” is a revenge-bop worthy of the most jilted lovers, and yet, it manages to do so without coming across as psychotic or, perhaps, too jilted.

I will admit, as a high school senior, the closer graduation gets, the more the old Conan Gray songs speak to me. I’m nearing the end of my childhood experience and will, at some point, have to leave the nest and tend to adult responsibilities like taxes, bills, and higher education. I will have to leave behind my friends, family, and all the physical reminders of the memories that we made. And that’s scary. But, these songs understand that fear and promise that there is a greater future on the horizon.

Gray’s power to understand and channel Gen Z’s frustrations, insecurities, and hopes into music is the main reason why he has skyrocketed to fame and will continue to rise. Keep an eye out for Gray in the future — he represents the next generation.

You can see Conan Gray live in the Oakland Fox Theatre on Dec. 10.