Continuing to fight for equality 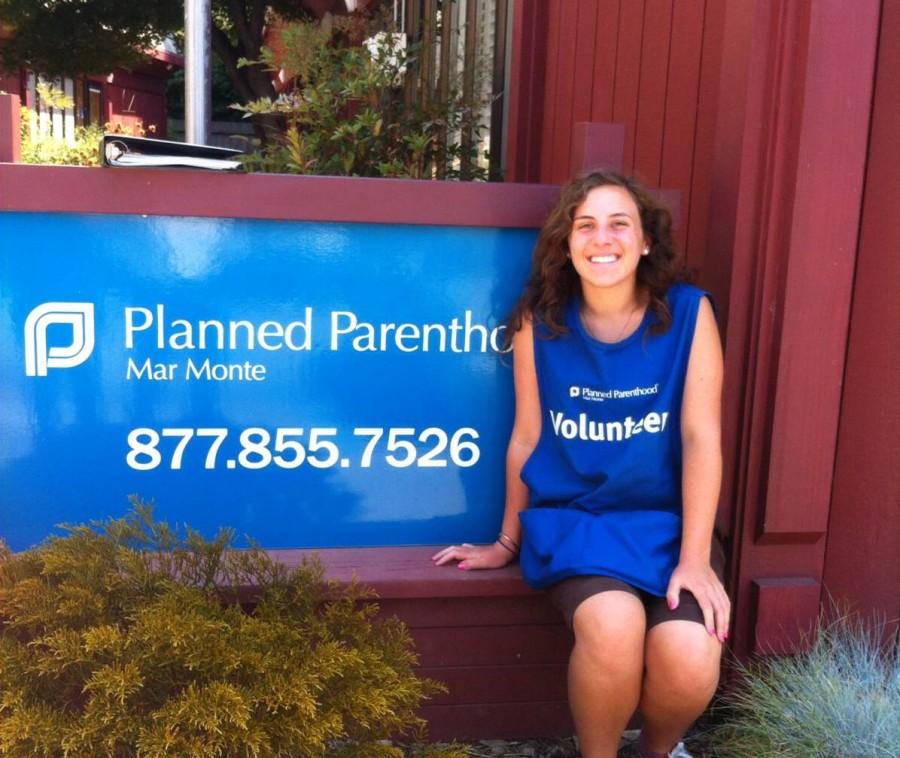 Carlmont’s well-known social activist will be moving on to larger-scale issues in college.

Senior Kalila Kirk has always been passionate about the education and advocacy of equality. She’s currently the co-President of Carlmont’s Gay Straight Alliance, the Vice President of Feminist Club, and a clinic escort for Planned Parenthood Mar Monte.

“I’ve always had a keen eye for injustice,” said Kirk. “That was brought to light in eighth grade sex ed. We had penis diagrams and uterus diagrams, but no vulva diagrams. When I asked why, I was told vulva diagrams were ‘not allowed.’ I couldn’t believe that my body was deemed inappropriate while male bodies were deemed acceptable and worth learning about.”

During her junior year, Kirk’s research for a satirical paper on double standards then led her to feminism. Combined with her original passion of health and reproductive equality, she began volunteering at Planned Parenthood that summer.

“Working with Planned Parenthood was really formative for me, because I realized that I can talk about reproductive rights all day, but it means nothing unless I actually do something about it,” said Kirk.

At Planned Parenthood, Kirk is able to protect and support clients who face harassment from protesters located outside the clinic.

“The clients are really grateful to have someone there to offer protection and a smile in a very stressful and confusing situation,” said Kirk.

All of her equality advocacy has definitely helped her future, too. Kirk is a rare student in that she was accepted into every college she applied to — including University of California at Berkeley and Harvard University.

Oftentime, high school students are told to volunteer as often as possible to set them apart from other applicants. However, Kirk advises otherwise.

“Find something you’re passionate about, and pursue that in community service. Don’t just volunteer at the food bank because it’s somewhere to volunteer. Colleges can tell the difference between volunteering to volunteer, and volunteering because you truly want to help the community in your own way,” said Kirk.

Some of Kirk’s closest friends have noticed the tenacity and ambition she possesses.

“What impresses me most about Kalila is her confidence and ability to hold her own. She never conforms to any stereotype because of social pressures. She knows what is right and she always does that,” said senior Catherine Luckenbach.

Senior Samantha Samuelsen has even been inspired by Kirk’s drive and enthusiasm for equality.

“Kalila has definitely broadened my perspective on a lot of worldly issues that I wouldn’t have thought about if I wasn’t good friends with her. She’s helped shape me to be a more passionate in everything I believe in because she’s so passionate herself,” said Samuelsen.

Although she’ll be leaving her legacy behind at Carlmont, Kirk will continue her efforts in college. She plans to study Gender Studies and Public Health, and hopes to combine the two for reproductive health related activism.

“Wherever I end up, I will commit myself to making campus a safe and healthy place for all students,” said Kirk.