Counselor appointments are accompanied by stress 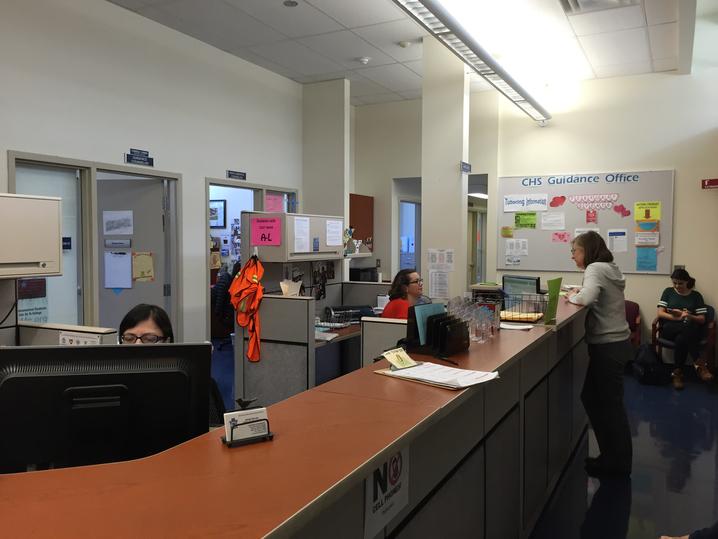 The counseling office is busy during this time of the year with class scheduling appointments.

Preparations for the 2016-2017 school year are already well on their way.

Sophomore Ben Hood feels the pressure of making class choices based on his interests versus choosing them for academic reasons.

“When I choose which classes to take, it’s hard to decide between choosing a class because I like it, or choosing it to get all the credits I need to graduate from Carlmont. It’s hard to decide which of the two is more important for me,” said Hood.

Course fair, which was held on Jan. 26 and Jan. 28, was meant to help students compare different class options and to help make decisions on what classes students would opt for during their counselor meetings.

Since high school is a time to prepare for college, some feel as though they are obligated to take certain classes in order to succeed, while other students have known what they want to study in college since they were young.

Sophomore Isabel Mayoss said, “Sometimes picking my classes is stressful because there are classes I would like to take, but my parents basically force me to take classes that they think would be better for college.”

Although the decision on which classes to take may seem daunting to some, it is an important decision to make when considering college admissions.

According to the National Association for College Admission Counseling, “Beginning in ninth grade, the majority of your classes should be ones that will prepare you for admission to and, perhaps even more importantly, success in college. When it comes time to apply to college, you want to make sure you meet the admission criteria.”

Some students may feel stressed when seeing their counselors to chose classes this semester, but this important decision has the potential to impact their lives even after college.