Countries respond to the threat of ISIS 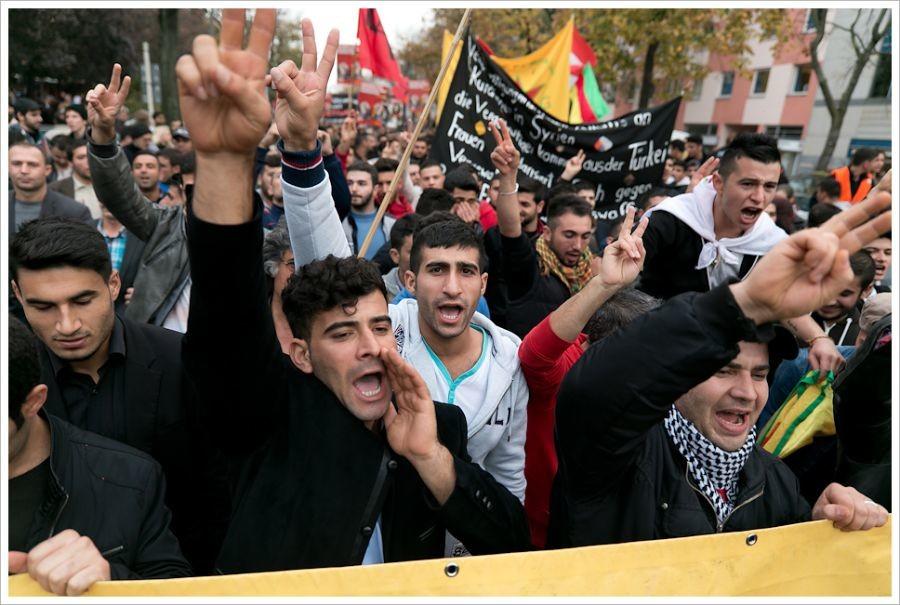 Citizens in Berlin join together in a fight against ISIS like many countries in the world.

ISIS, the terrorist group that has claimed responsibility for attacks such as the Charlie Hebdo massacre and a recent assault on a United States military base, has fallen into the sightline of Egypt.

Egypt sent airstrikes to Libya after a massacre of more than 20 Egyptian Christians was committed by ISIS forces.

This was not the first time that Egypt has attacked ISIS.

Sophomore Veronica Rojas thinks that ISIS should be viewed as an active threat to other countries.

“ISIS might grow to be an even bigger threat if they are left alone,” said Rojas.

Those responsible for the massacre recorded and released a video of themselves beheading the captive Egyptians.

“Avenging Egyptian blood and punishing criminals and murderers is our right and duty,” said the Egyptian military in a quote from CNN.

The beheading of the Egyptian captives is just one of many atrocities recorded by ISIS.

Earlier in 2014, ISIS released a video of a journalist being beheaded, and more recently a video of a captured Jordanian pilot being burned alive.

Egypt is not the first country to retaliate to ISIS and its attacks.

“I think that the reason that the ISIS attacks are being met with so much anger is that ISIS is using violence to impose their personal opinions on people,” said sophomore Jack Mcmillan.

Since then ISIS has attacked a US military base, and more recently an Iraqi town close to another base.

According to ABC News, the United States has rallied 63 countries in support of the fight against ISIS.

The United States has been working on countering ISIS propaganda and recruitment as well as utilizing its military to conduct airstrikes.

“The problem with ISIS is that they are doing everything in Islam wrong. Nothing in true Islam has anything to do with what ISIS is doing,” said Omar Nofal. “ISIS is showing that Islam is about killing when it is not.”