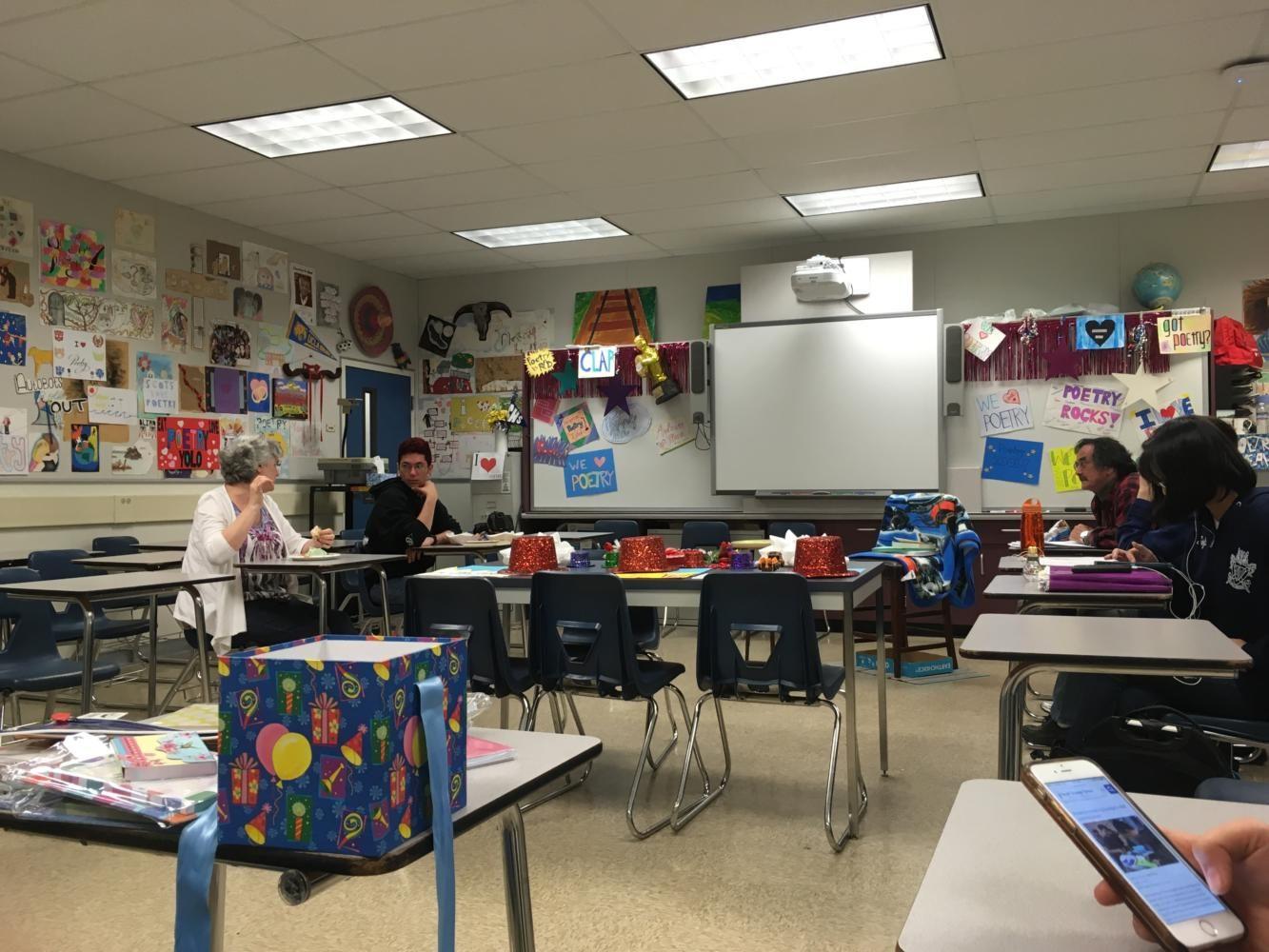 Members of Creative reWriters gather to discuss future plans in the colorful room of Mrs. Wallace.

Since the early 2000s, a variety of students have come to show off their writing pieces in Creative reWriters. The club is a valued place for authors to bring in their original work in order to improve their writing.

Carolyn Wallace, the club’s advisor, has enjoyed watching students be able to get helpful feedback on their writing, since they don’t always get the opportunity.

“I find that in the English classes, primarily because of class size, it’s hard to give extensive feedback when the writing is submitted by students, and I like the idea of a place where we can really emphasize not just writing, but rewriting, editing, and getting writing ready for publication,” said Wallace.

Wallace has also noticed students improving both in their writing and how they interpret criticism.

“I have certainly seen them grow in their ability to receive meaningful feedback and to understand the difference between a criticism be about them versus have it being about their writing,” Wallace said.

Blake O’Brien, a senior, joined the club halfway through his junior year and appreciates the comfortable writing environment that is provided by his peers.

O’Brien said, “It’s a really nice atmosphere. It’s really intimate when you’re sitting around people who are, a lot of the time, complimenting your work but also suggesting how it could be improved.”

John Parker-Campbell, a staff member at Carlmont, attended Stanford University; the school where the legend of creative writing, Wallace Stegner, studied. He earned a degree in creative writing, and nowadays stops by often to help students with their original work.

“The first thing you have to do in terms of thinking about writing is interspection, to know what it is that’s happening inside of you,” Campbell said.

Students that come to Creative reWriters should have an optimistic outlook on how their writing will turn out with the help of others.

“Come here with a mindset that it’s a creative endeavor, but it’s also serious,” Wallace said.