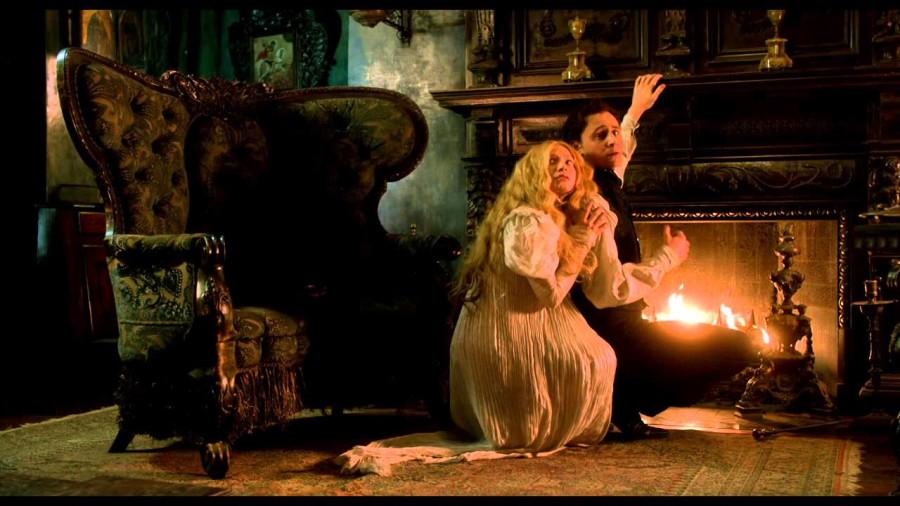 Sir Thomas Sharpe explains, "A house as old as this one, becomes in time, a living thing."

Young Edith Cushing (played by Mia Wasikowska) lived with this warning her whole life. Yet she was swept away by a dashing Sir Thomas Sharpe (played by Tom Hiddleston), and found herself at the heart of Crimson Peak with its many mysteries.

As Cushing explained her manuscript to an editor, she said, “The ghosts are a metaphor for the past.” The same line applied for the ghosts in “Crimson Peak.” They served to guide Cushing through the perils inside the house and proved that what was most frightening of all was not the vengeful spirits but instead the vengeful spirits inside of human hearts.

Cushing was a strong character who was not afraid of society’s conventional views of women. She was very liberal and open about her passionate love for Sharpe. Cushing’s character was very similar to “Pan’s Labyrinth’s” Ophelia, an independent go-getter type of gal. Cushing didn’t wait for a prince to save her (though one eventually did) and instead went out to solve and confront the ghastly truth behind Crimson Peak.

Sharpe was one of the strongest characters of the film, and for good reason. Hiddleston dedicated much effort to create the appearance of an anguished and conflicted man, torn apart by his new love and past choices. Although Sharpe changed in the latter half for good, his change was too late, and he payed dearly for his past transgressions.

This movie explored the meaning of love: from the incestuous relationship between Sharpe and his older sister, a twisted possessive love, to the love between Cushing and her father, one full of care for one another.

Each shot was a reflection on how detail-orientated the film was, producing a feast for the eyes. The manor, Allerdale Hall (Crimson Peak), was built by the director, Guillermo del Torro, over the course of several years. The amount of hard work was evident in the building; even the candles were created to give an ominous feeling.

The clothes were also gorgeous, as each outfit was tailored to represent something about the character wearing it. Cushing wore vivid and bright clothes, since she was full of vibrancy and had a love for life. Sharpe often wore thin, dark tailored suits that gave him an enigmatic feeling.

There were plenty of allusions in this movie, as the butterflies represented the innocent Cushing, and the moths represented the vindictive Lady Lucille Sharpe (played by Jessica Chastain).

“Crimson Peak” will haunt you, leaving you with the lingering feeling of beauty and death, like the white snow stained blood-red.