CRISPR research promises to save lives 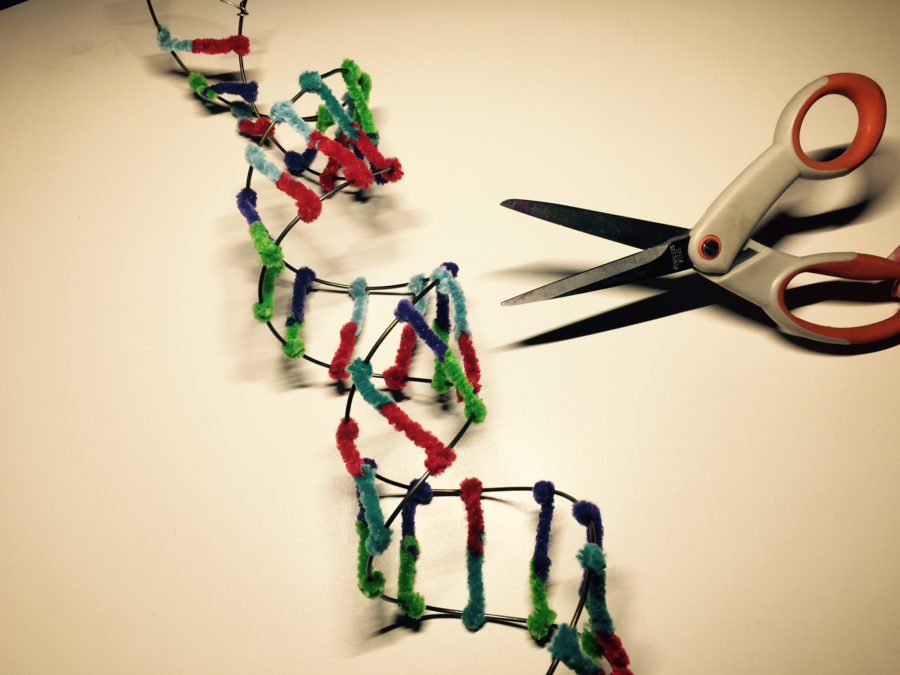 A new type of biotechnology, called CRISPR, is a possible way for scientists to cut out unwanted DNA.

On March 8, at a Carlmont science guest lecture, Rachel Haurwitz, the president and CEO of Caribou Biosciences, Inc., described CRISPR to a crowd of Carlmont students.

Haurwitz said, “CRISPR refers to a piece of DNA that’s found in a whole bunch of bacterial genomes. Basically, it’s this pattern of one sequence, repeated over and over, and in between are different sequences that are non-repetitive, called spacers.”

Haurwitz later explained that those non-repetitive sequences in CRISPR were actually pieces of virus DNA. The bacteria would collect the DNA when they survived a virus attack and plug them into their own DNA.

On an episode of Radiolab, a radio show that has explored many current scientific phenomena, science writer Carl Zimmer said that the reason why bacteria collected these pieces of DNA was so that they could “have a way of recognizing those viruses if they come in later […] like a ‘most wanted’ poster.”

Once the pieces of DNA were retrieved, the bacteria could then develop enzymes that would be able to identify viruses of the same type and eliminate them.

Back at the lecture, Haurwitz went on to explain the ways scientists have begun to use and study CRISPR to eventually be able to cure diseases.

“My colleagues realized that you could actually steal some of these proteins from the bacteria and reprogram them to do what you wanted them to do,” said Haurwitz.

Scientists like the ones who work with Haurwitz at Caribou Biosciences Inc. hope to be able to cure diseases like sickle cell anemia, and countless others with their newfound biotechnology.

After the lecture, many Carlmont students were concerned about CRISPR’s future.

Kristie Kuo, a junior, said, “I thought the presentation was really interesting, but I fear that parents will use CRISPR to make ‘perfect’ babies which could widen the gap between the rich and the poor.”

Other students were less upset with CRISPR’s ethical concerns and, instead, looked forward to its future.

Sophomore Raven Grinker said, “I’m excited to see what happens as we learn more about CRISPR. I think it can eventually work up to eliminating diseases like hemophilia and hopefully other ones that are even worse for the human race.”

Both Grinker and Kuo looked forward to what may happen as scientists learn more about CRISPR and are actually able to apply it to world medical problems.

Kuo said, “CRISPR is helping to pave the way for all of these new avenues of research. Hopefully, these types of research will lead to improvements in hygiene, health, and overall living standards in the future.”