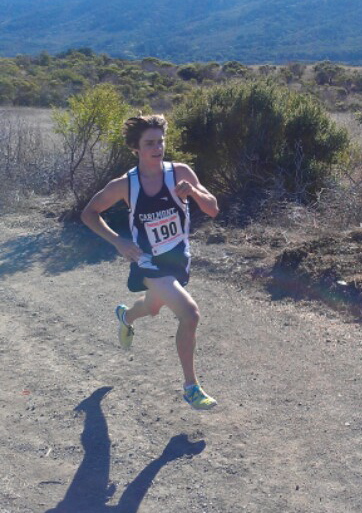 After the Pacific Athletic League finals on Oct. 27, both the boys and girls varsity teams were able to advance to the CSS championships.

At the CCS championship meet, the Scots placed first in the varsity boys division and qualified to move on to the State Championships. The varsity girls placed eighth in their division and finished off the season on a high note.

Head Coach Laura Brasfield commented that the meet was great and that “everyone ran smart and ran hard.”

Throughout the season, the varsity boys team has done exceptionally well. Brasfield stated, “The boys did amazing, beating their main competition [Bellermaine], really focusing on the race and running well.”

The varsity boys team members are Daniel Bereket, Lucas Matison, James Schulte, Tim Layton, Ryan Dimick, Reese Dickson, and Mark Vingralek, all of whom are competing in the state meet.

Although the varsity girls will not be moving on to state, Brasfield said that “the girls really pushed themselves, they are a younger team so in the years to come they’ll grow together as a team, and really develop into some strong runners.”

In addition, Brasfield stated that, “And as a first year coach for Carlmont everyone ran really well.  They are a solid team and it shows in practice and at meets.”

Looking ahead to next season, Brasfield said the team will push towards the girls also qualifying for state. The 2012 State Championship meet will be held on Saturday, Nov. 24 in Fresno at Woodward Park.