CuriOdyssey lights the way for children’s future in science 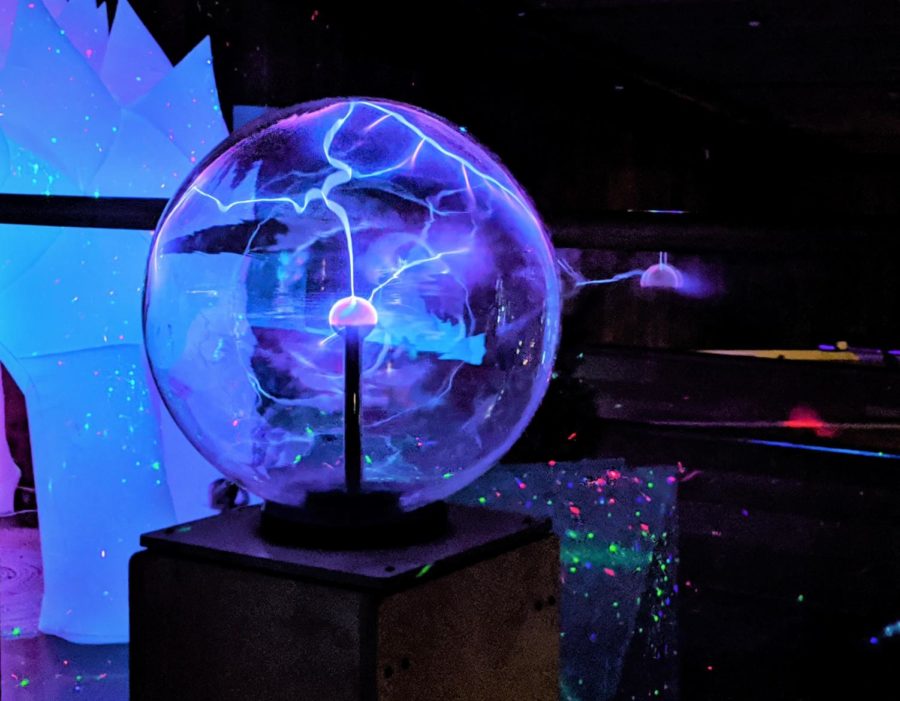 While it is actually plasma instead of light, the plasma ball in CuriOdyssey's IlluminOdyssey exhibit still serves to amaze the children who visit.

The CuriOdyssey museum has exhibits ranging from bobcats and rolling ball sculptures to plasma spheres, all to help it fulfill its mission of inspiring kids with science.

“At this age, kids are tiny little sponges for information, and this place gives them an opportunity to get their hands dirty,” said Aubree Thompson, who teaches the public about animals while feeding them. “We just want them to explore and open up those tiny brains to all the information we can.”

The museum has been at Coyote Point, CA in one form or another since 1953, and served over 2 million children since then. They supplement their year-round animal and mechanical exhibits with special events, such as the two monthlong IlluminOdyssey, which is designed to introduce kids to the science of light.

Among those watching Thompson feed the bobcats was Jay Mendel with his 6-year-old daughter Anya.

“All the exhibits are fun, especially the otter and bobcat exhibits,” Anya said as she watched the bobcats devour the pieces of mouse thrown to them.

Although many of the exhibits are geared towards children, parents are also welcome to join in.

“They’re all great. We liked the light exhibits, too,” Mendel said.

Every year, visitors come and go to experience what CuriOdyssey has to offer. However, the exhibits also bring joy to those who stay year-round to help visitors.

In addition to IlluminOdyssey, the museum hosts several other special exhibits during the rest of the year.

“The exhibits are all interactive and child-friendly, designed to introduce children to physics and physical science through play,” said Associate Marketing Manager Laurie Wagner.

The other exhibits include “The Nature of Patterns,” which teaches children about different possible patterns found in nature, “Backyard Science,” which shows children science experiments they can do at home, and several others.

Despite narrowly escaping bankruptcy in 2006, the museum is now teeming with over 190,000 visitors annually and is responsible for dozens of non-releasable animals.

“We’re very encouraging here of kids trying anything. That’s why we have all these hand-on-exhibits,” Thompson said. “There’s no wrong way to play with anything, and there are no wrong questions to ask.”[/vc_column_text][/vc_column][/vc_row]