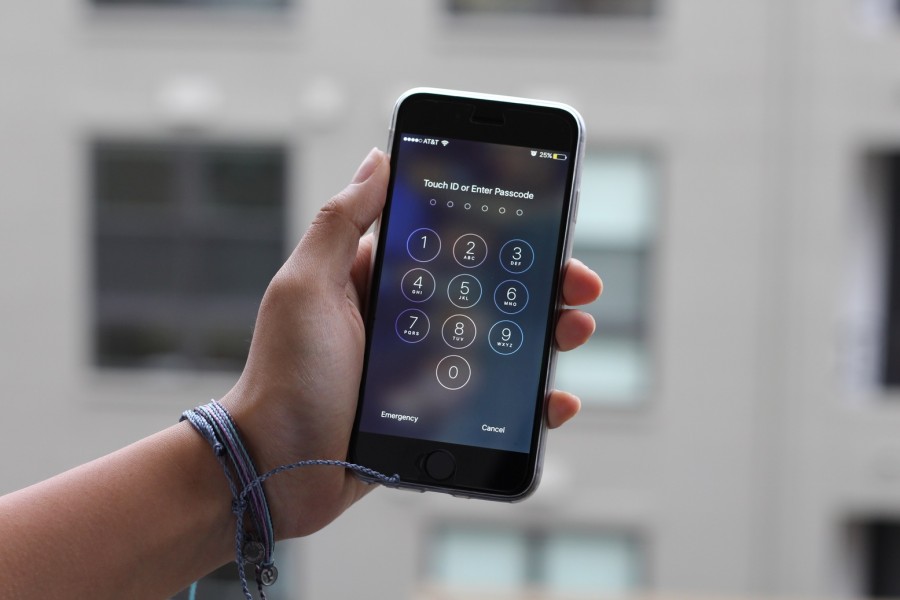 In iOS 9, Apple’s operating system, users can opt to have a six digit passcode instead of four digits. This provides more security because instead of the original 10,000 combinations, there are 1,000,000.

One issue regarding a single iPhone has the potential to compromise the security and safety of millions of people.

The United States government allegedly insisted that Apple, a popular technology company, remove the pass code restrictions on an iPhone. This device was recovered from the San Bernardino terrorist attack, where 14 people were murdered on Dec. 2, 2015.

In a message addressed to their customers, CEO of Apple Tim Cook said, “The FBI asked us for help in the days following the attack, and we have worked hard to support the government’s efforts to solve this horrible crime. We have no sympathy for terrorists. We have great respect for the professionals at the FBI, and we believe their intentions are good.”

Despite Apple’s admiration for the United States government and their intention to help the government, Apple refused to support the development of software that would unlock the iPhone in question.

The clash between Apple and the FBI could potentially threaten data security for many people.

Developing a software to give the government access to the phone belonging to the terrorist could have a negative impact on people who store personal information electronically, such as photos, messages, and health records.

Cook said, “Building a version of iOS that bypasses security in this way would undeniably create a backdoor. And while the government may argue that its use would be limited to this case, there is no way to guarantee such control.”

The thought of the government possessing the power to access personal information leaves a feeling of uneasiness in some people.

Sophomore Emma Armstrong said, “I store almost all of my files on electronic devices and the fact that the government is requesting access to bypass security on an iPhone makes me uncomfortable. I would not be okay with the government having so much freedom.”

The threat of compromising electronic security is not a new problem. On Dec. 31, 2013, Snapchat was hacked and the personal information of many of their users were released to the public.

With a deep concern for the data security of their users, Apple has taken a firm stand against the demands of the FBI.

Sophomore Alice Gevorgyan said, “Whatever happens next regarding the San Bernardino case should not involve the possibility of hurting all Apple users. The government does not have the right to demand something that would threaten the security of that many people.”

Substitute teacher Kevin Garvey said, “The issue between Apple and the United States government makes me wonder how far people go to ensure security and how many freedoms we have to give up in exchange for safety.”