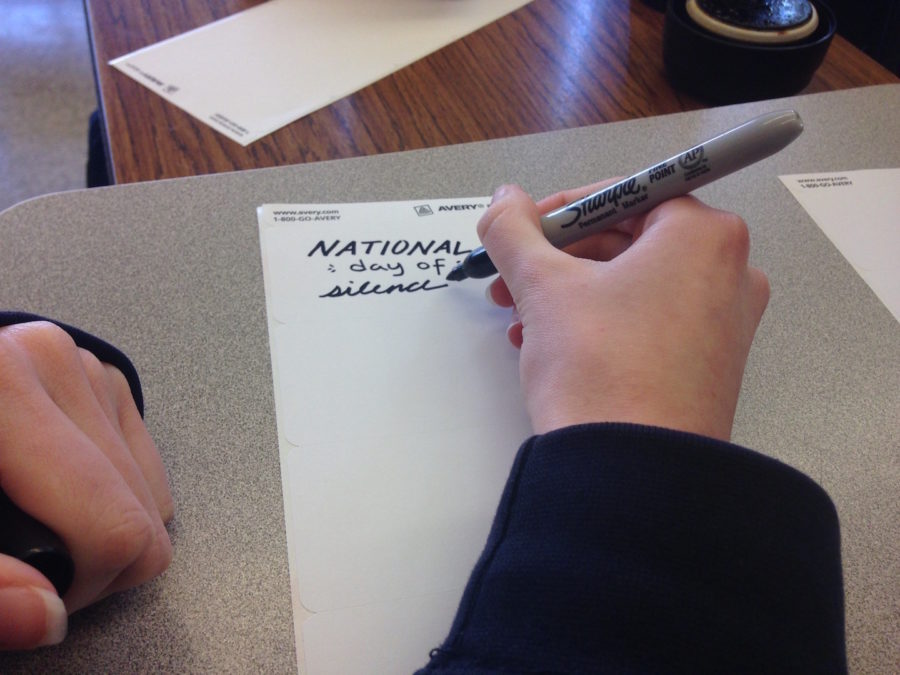 GSA club members write "Day of Silence" on nametags for students to pick up in the quad on April 20 through April 21.

Every year, students from thousands of schools take a vow of silence for one day to commemorate the LGBTQ lives affected by bullying and harassment. This year, Day of Silence will be on April 21.

“LGBTQ students are pushed into silence by not always being in the right environment, not having somebody speak up for them, or just not being able to speak up for themselves at all because the people around them are homophobic,” said Cindy Shusterman, the co-advisor of Carlmont’s Gender and Sexuality Alliance (GSA).

Implemented by the University of Virginia in 1996, the event has grown more each year and brought conversation about the issue to schools nationwide. Sponsored by the Gay, Lesbian, and Straight Education Network (GLSEN), student organizers are provided the materials and connections to make the day possible.

“We’ll be staying silent in solidarity with our closeted and silenced community,” said Alyssa Feigelson, a senior. The co-presidents of GSA, Feigelson and Eli Melmon, a junior, have been working together to organize the event with help from the club members, whether it’s writing Day of Silence on nametags or volunteering to hand them out.

Carlmont has participated in Day of Silence for longer than GSA members can recall, and with each passing year, the movement gains more momentum and recognition.

“Usually, silence is connoted with fear, but this day makes it about solidarity and strength,” said Feigelson. The unification of the LGBTQ community and its allies on this day gives those who have been silenced a sense of safety.

However, Day of Silence faces ridicule and skepticism, raising the question of why people should be quiet about such a serious issue. LGBTQ youth are four times as likely to attempt suicide, and it may seem counterproductive to be silent.

“Day of Silence is about understanding how it feels to be unable to speak up,” said Melmon. “It’s a way for us to bring attention to the issue and for allies to better understand how to help us through it.”

Though attitudes towards the LGBTQ community have become more accepting, students still jokingly call each other derogatory terms and crack jokes about pretending to be transgender.

“It’s important to recognize that while something may be small and meaningless for you, it might be enough to cost someone else their life,” said Shusterman. 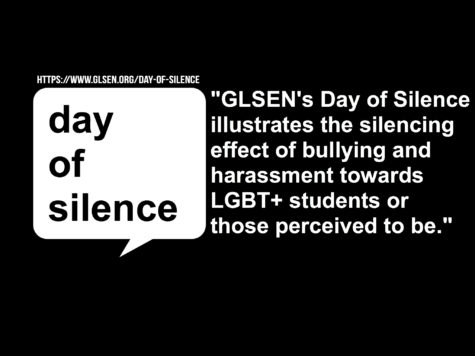