Dazzling events to look for in the night sky 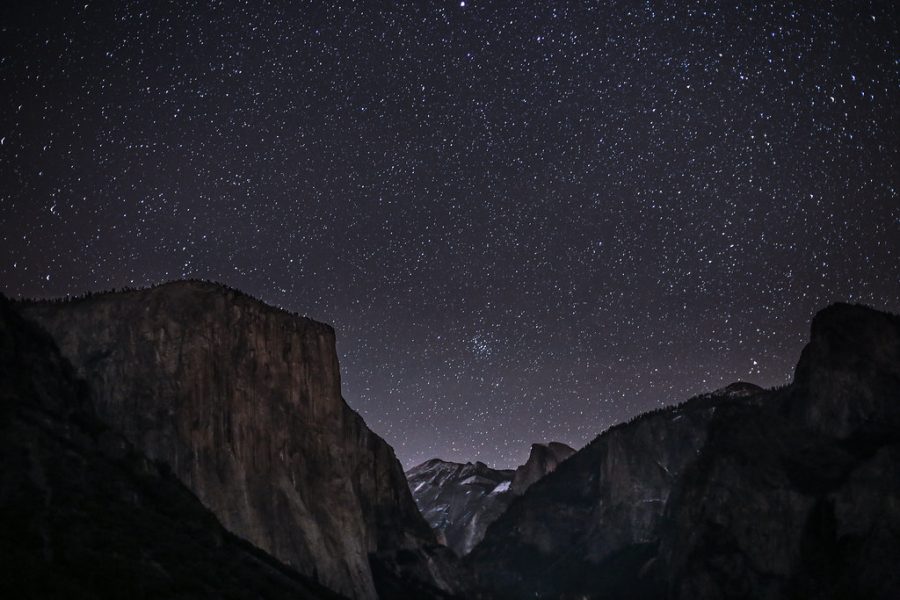 People have looked up at the ever-constant night sky for billions of years. The vast stretches of black dotted with colorful sparkles of light are navigation markers, tell stories, and most of all, are a wonder to see. Unfortunately, modern architecture and light pollution have hidden their beauty out of sight and mind. Even so, there are many ways to appreciate heavenly happenings, and here are some events to look out for in the night sky in 2022.

The moon is one of the most common features to observe and changes dynamically every day. Besides the monthly moon cycles, There are two complete lunar eclipses in 2022, one on May 16 from 8-11 p.m. and the other on Nov. 8 at midnight. A supermoon, where the moon is closest to the Earth, will occur on June 14.

Though less recognizable than the moon, the planets can be seen if you know how to look. While very similar to stars, planets hold steady in color and do not twinkle. This June, five planets will align in order from the sun: Mercury, Venus, Mars, Jupiter, and Saturn. Best seen at twilight, the moon will visit each planet in reverse order over the last two weeks of the month.

Constellations are groupings of stars that resemble a recognizable shape, often drawn from mythical tales. Different groups are visible by season, depending on the hemisphere you are located in. During spring in the Northern Hemisphere, some prominent constellations like the Ursa Major the Great Bear, Orion the Hunter, Cancer, Leo the Lion, Virgo the Maiden of Spring, and Hydra the Sea Serpent fill the sky.

One of the regular and most spectacular meteor showers repeating annually, the Perseid Meteor Shower is a great event for beginning stargazers. Colorful meteors seemingly radiate from the constellation Perseus in streaks of pink and green. With rates of 150-200 meteors per hour, it is best to watch this event a couple of hours before dawn, where moonlight dims, and the sun is yet to rise. Look up and to the north to find Perseus in the sky anywhere in the United States.

Whether you enjoy chasing the stars, quietly sitting outside, or need a break from late-night work, the sky is always looking down over you. Take a minute in 2022 to appreciate the magnificence of space laid out above. If you want to better observe these events, consider visiting local stargazing spots like the Foothill College Observatory or Crestview Park in San Carlos. National parks and museums like the Chabot Space & Science Center, California Academy of Sciences, and Lawrence Hall of Science are great options as well.