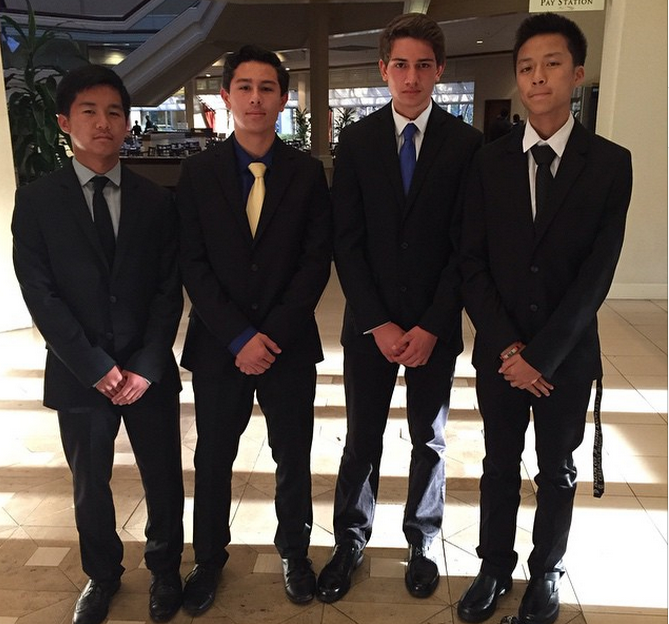 Finding a passion to pursue is a difficult decision for most but not for sophomore River Manochio.

Manochio joined a club called DECA in the beginning of his sophomore year, which is a business club where future entrepreneurs and businesspeople come together and compete against each other to win awards and get recognition on their knowledge and application of business skills.

There are four conferences per year, leadership, district, states, and international.

“My first conference was LACE which is the first leadership conference where you go and learn about what the rest of the DECA conferences are really about. You don’t compete in this conference but you get to meet a lot of new people and alumni who succeeded by being in DECA,” said Manochio.

Manochio has inspired his friends to join DECA and partake in the experiences that DECA brings to him.

Sophomore Hayden Clark joined DECA after Manochio told him about his own experiences. Clark attended the Silicon Valley District Conference with Manochio from Jan. 2 to Jan. 4.

Clark said,  “It was such a fun experience even though [River and I] missed our events, but the judge was nice enough to let us reschedule our event times.”

Manochio is already looking into the future to prepare for his next conferences coming next month and has high aspirations for his DECA career.

Manochio said, “I started out by getting involved in a Stock Market Game with Hayden and we were 26th place out of 8,000 other participants. We were one place away from getting into ICDC. It was such a shame that stocks change so suddenly. I really thought my chances in getting into ICDC was slim but now I am participating in a Learn & Earn project with Grace and Connie Yi and I am confident that we can make it to ICDC.”