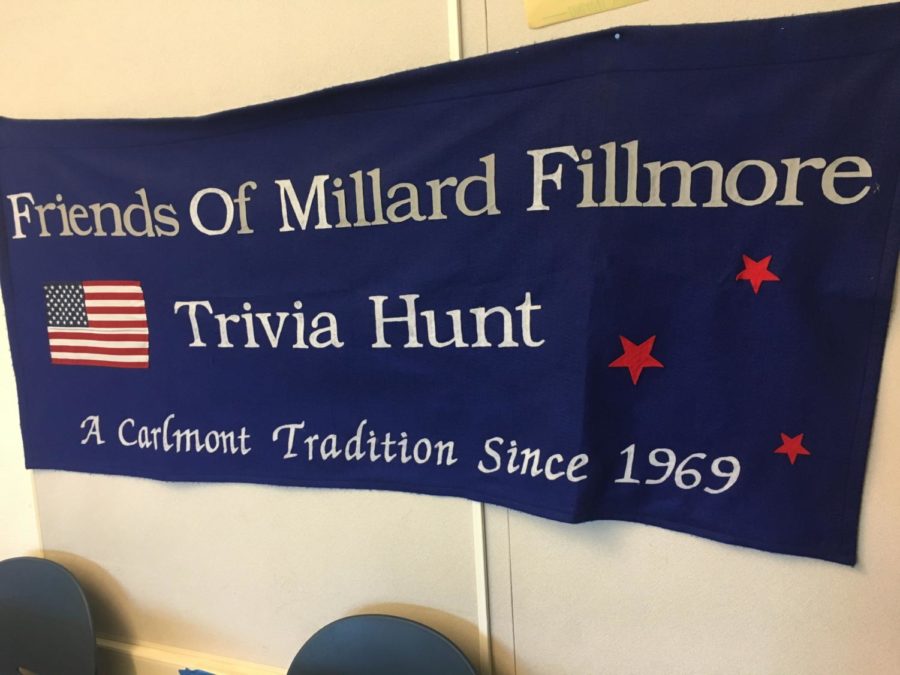 Friends of Millard Filmore (FOMF) is an organization that Carlmont students may have heard of, or maybe even looked down upon. As a research-based competition, its popularity has decreased — yet this hasn’t stopped some of its leaders to push for more.

Beginning in 1968 as an event only held at Carlmont, FOMF grew very popular to the point were 13 schools were competing. Back then, it was much more about the library aspect, finding the books and evidence, since there was no internet.

“Being the 50th anniversary there were some rule changes that allowed internet sources for half the points, in order to modernize and make it easier for students to research, and also to try and make it more appealing for other schools and Carlmont students,” Joanne Nie, the president of FOMF, said.

Students have lost interest in the idea of this competition and it’s causing the event to dry out. With some very committed to this program, it’s still difficult to see it fall.

“As everyone knows, FOMF has shrunken in the past few years, mainly because we were unable to get much interest or the message to other local schools to participate. The goal for the near future is to bring back the competition, one way or another,” Brian Wu, Carlmont alumni involved in FOMF, said.

For years, the people involved in this event have struggled to gain the commitment from students that would provide the popularity boost. However, Patricia Braunstein, the main adviser for FOMF, is still reaching for the continuity and expansion of this event.

“Sadly, people don’t recognize how important this event is and how valuable those skills are. The thought of ‘researching over a weekend,’ unto itself does not overtly stimulate people to jump up and want to engage. Especially in modern times, where there are so many competing activities,” Braunstein said.

With success in the past, the organization now focuses on why the attendance has slowly been decreasing. With this in mind, the program will now adjust to match the public’s preference to attract a wider audience.

“Besides stimulating more kids to participate and to practice their research and problem-solving in a fun way, we hope to return FOMF to being a ‘super cool thing to do.’ If kids regard the hunt as a ‘must do’ activity, then the momentum and enthusiasm generate tons of energy,” Braunstein said.

Students these years are less and less interested in this activity and the participation has dropped. With little amount of interest, the potential revival of FOMF won’t be easy.