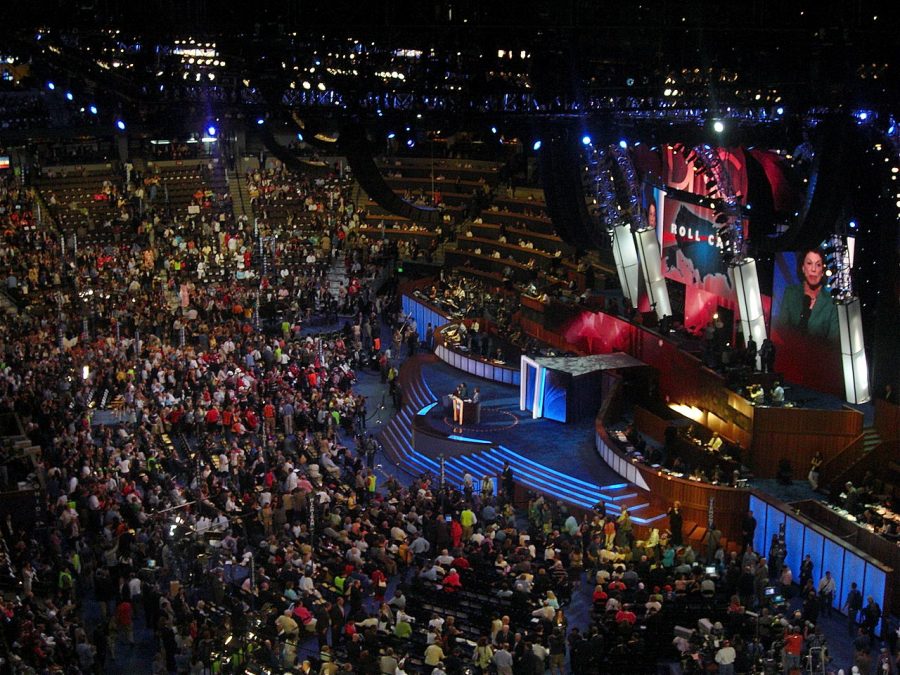 Roll call of the states during the third day of the 2008 Democratic National Convention in Denver, Colorado.

Concerns about the spread of COVID-19 have influenced the scheduling of the Democratic National Convention.

The Democratic National Committee (DNC), the formal governing body for the U.S. Democratic Party, announced its presidential nominating convention would be moved to the week of Aug. 17. It was previously scheduled from July 13 to July 16.

Prospective nominee Joe Biden expressed doubts about the convention continuing as scheduled in mid-July. On NBC’s “The Tonight Show,” Biden said that he expects the convention to be postponed until August.

“In our current climate of uncertainty, we believe the smartest approach is to take additional time to monitor how this situation unfolds so we can best position our party for a safe and successful convention,” said Joe Solmonese, the CEO of the convention.

Republicans intend to continue as scheduled. The Republican presidential nominating convention is planned to take place from Aug. 24 to Aug. 27 to renominate President Donald Trump.

Ronna McDaniel, the chairwoman of the Republican National Committee, said that she thinks that concerns about COVID-19 will end by the end of August.

According to the Associated Press, the move could allow Democrats to overcome changes in the primary calendar.

Over a dozen states have delayed their primaries. Some even plan to go beyond the party’s June 9 deadline to hold contests and June 20 deadline to choose convention delegates.

Violating the deadlines can force a state to lose up to half of its convention delegates. The party’s rules and bylaws chairman, Jim Roosevelt, said the full committee would consider waiving existing deadlines as state Democratic parties submit.

With the move, rescheduled National Basketball Association (NBA) playoffs could pose a conflict for Democrats. The NBA’s original schedule did not pose any problems.

Convention plans had called for the party to have access to the arena only after the Milwaukee Bucks had concluded their season. Playoffs rescheduled for July may force the Democratic Party to renegotiate.

The 2020 election “may have to be different” from a typical presidential election Biden said, according to the Oregonian. Biden emphasized that “we should listen to the scientists” as the spread of COVID-19 continues to affect the world.