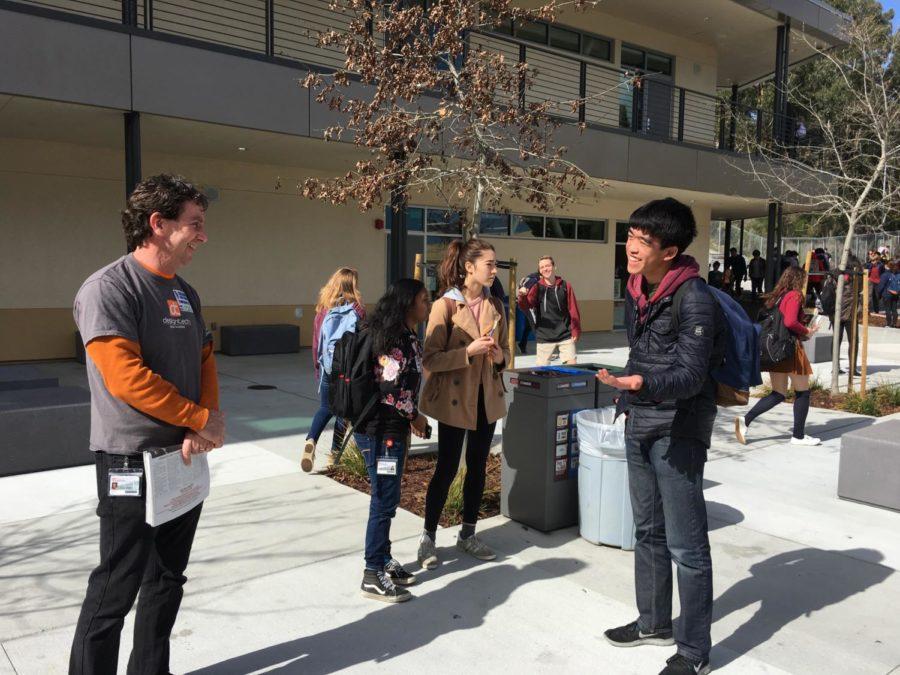 Design Tech High School students came to Carlmont on March 23 to practice different interview methods they had learned, all while discovering what life at Carlmont is like.

Design Tech has recently been visiting multiple high schools in this area, including Notre Dame, to perform intersessions for their lab classes. One of the groups that came to Carlmont was led by Christopher Wall, a D-lab teacher at Design Tech, who shared his insight on what he thinks the project accomplished.

“These intersessions make students interview people with empathy, and allows them to find out, ‘what is the sticking point for them, and what can I, as an interviewer, help them with that maybe they are not willing to share?'” Christopher Wall said.

Wall also said that students do not have as much time in class to focus on interviews, a skill that is required for many professions, so they do intersessions four times a year to prepare them for the future. These intersessions take place where there is a surplus of people, such as high schools and malls.

Design Tech students ask general questions in order provoke an emotional response, gaining as much information as possible. When they visited Carlmont, the questions were simple, like what Carlmont students enjoy about their school, any frustrations with it, and their commutes.

This allowed some them to learn about Carlmont and its unique attributes compared to Design Tech, which currently hosts only 550 students. It has a much smaller teacher-to-student ratio.

“I learned that this school is very big, but also that the teachers are very good here and teach students a lot, which makes up for Carlmont’s size,” Zale Fadiman, a senior at Design Tech, said.

College is more similar to Carlmont, which is one reason why Design Tech students visit about once a year to learn more about the school and to try to prepare themselves for what is to come.

“I am glad they came to interview students at Carlmont because it made me more aware of some interview tactics that I could use in the future and how their school is structured compared to Carlmont,” Tomas Ronderos, a sophomore at Carlmont, said.