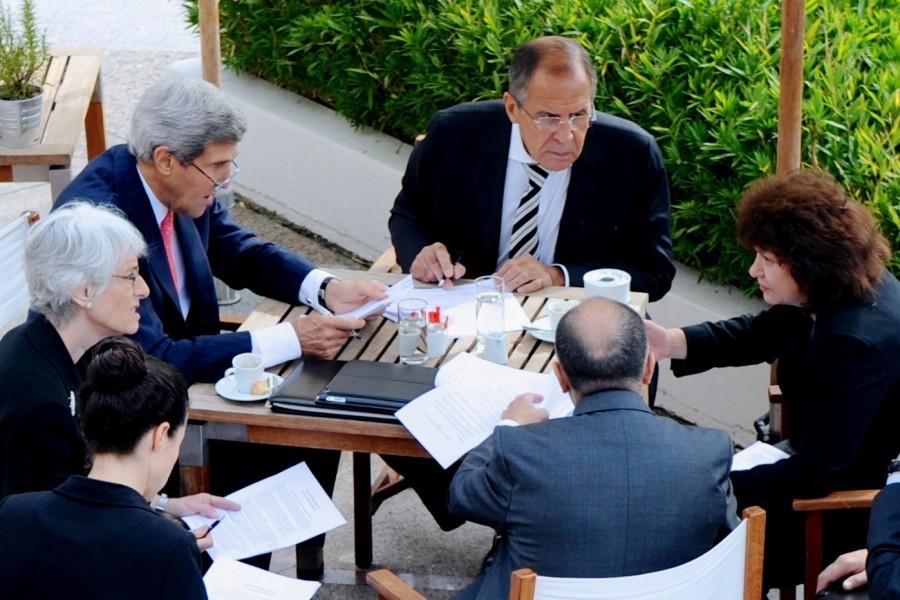 The first collection of chemical weapons from Syria were shipped out on Jan. 7, destined for destruction upon a U.S. Navy ship, according to CNN.

“A first quantity of priority chemical materials was moved from two sites to the [Syrian] port of Latakia for verification and was then loaded onto a Danish commercial vessel today,” said Sigrid Kaag, special coordinator for the joint United Nations and Organization for the Prohibition of Chemical Weapons (OPCW) mission, according to CNN.

A naval escort of Danish, Norwegian, and Syrian vessels escorted the ship out of Latakia before the ship headed towards Italy. Once there, the toxic chemicals are planned to be loaded onto a U.S. ship called the MV Cape Ray.

The MV Cape Ray will then proceed to international waters where the weapons will be destroyed in a specially-created on-board titanium tank, according to BBC News.

Syria failed to meet an earlier deadline of Dec. 31 to relinquish its first bunch of chemical weapons. Two Nordic ships that had been sent to collect the weapons were forced to turn back, reported theguardian.com.

The delay was said to be due to “the continuing volatility in overall security conditions” and “logistical challenges coupled with inclement weather,” according to CNN.

“Yes it’s unique,” said Kaag, referring to the chemicals’ destruction occurring aboard a ship. “But we are reassured by the U.S. and other member states [that] it’s technically very feasible, it’s viable…otherwise it wouldn’t be happening.”

Frank Kendall, a Defense Department official, said time will be the biggest challenge when destroying the weapons. The ship’s crew will have 90 days to neutralize about 700 metric tons of chemical mustard gas and DF compound, the precursor to sarin nerve gas, according to CNN.

1.5 million gallons of hazardous material will be produced from the weapons’ neutralization. These leftovers are called “Drano” according to Rob Malone, an environmental engineer from the office of the Joint Project Manager for Elimination in Maryland.

The OPCW will be responsible for finding a facility for safe Drano disposal.

Syrian President Bashar Assad agreed to the neutralization of Syrian chemical weapons last year as part of an accord arranged by the United States and Russia. Over 1,000 tons of chemical agents are set to be destroyed under this U.N.-approved plan, according to the Los Angeles Times.

Accusations that the Syrian government used sarin nerve gas to attack a Damascus suburb on Aug. 21, 2013 elicited a national message by President Barack Obama as well as considerations of using a U.S. military airstrike against Syria.

Last September, the U.N. Security Council mandated that “all chemical weapons material and equipment” must be eliminated “in the first half of 2014.”

Kaag said that the final deadline is “very viable and realistic,” despite the first deadline of Dec. 31 being missed.

Although she acknowledged the mission’s complexity and security concerns, Kaag urged Syria to “continue its efforts to complete the removal of chemical materials as soon as possible, in a safe and timely manner.”