Did you know: Celebrity Edition 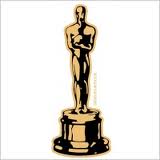 LL Cool J’s name is short for “Ladies Love Cool James”
Justin Timberlake’s half-eaten French Toast sold for over $3,000 on e-Bay
Harrison Ford has a breed of spider named after him
Keanu Reeves is afraid of the dark
Michael Jordan was cut from his high school basketball team
Brad Pitt has been smoking since sixth grade
Alfred Hitchcock didn’t have a belly-button
Alfred Einstein never wore a single pair of socks
Al Gore and Tommy Lee Jones were roommates at Harvard
Sean Connery wore a toupee in every James Bond movies he was in
Sandra Bullock has broken her nose on the set of two different movies
While filming “The Titanic”, James Cameron kept a razor blade taped to the side of his computer. Under it was the message, “Use only if the film sucks”.