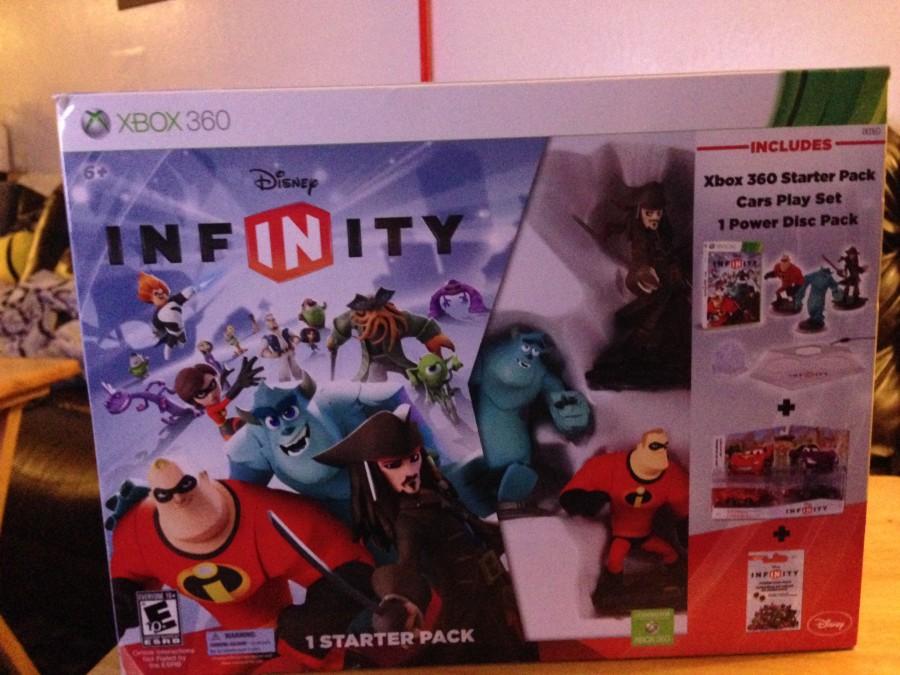 Disney’s newest video game has caught the attention of more teenagers than expected.

Disney Infinity is a new breed of video game which gives the player the ability to choose his or her own experience. The experience can be chosen by a wide selection of characters one can play as if one owns the action figure.

The game itself has two game play options. One is the play set option which is the option that allows the player to play in the world of those two characters. The other option is called Toy Box Mode which lets the player play in a whole new world and anything goes.

“It is the best game ever, it allows me to relive childhood memories by being able to play as my favorite movie characters,” said senior Chris Gonzales.

The starter pack comes with the game, an infinity base, a power chip, and three characters.

Disney Infinity currently has action figures for the following movies: Pirates of the Caribbean, The Incredibles, Cars, Monsters University, The Lone Ranger, and The Nightmare Before Christmas. Each character is sold separately for $12.99 each

“I am trying to get all the Toy Story collection figures,” said Gonzales.

“You know I would buy all the figures I would like to have to play, but that would cost a small fortune,” said senior Sebastian Galvis.

Disney in the next months will add more action figures to the game including Wreck-it Ralph, Rapunzel, Agent P, and Wizard Mickey.

The Disney Infinity starter pack is available for Wii U, Xbox 360 and PlayStation 3 for $74.99, but at Costco it is $99.99 and also comes with the Cars play set and an additional power chip.