DoorDash wins out over Postmates 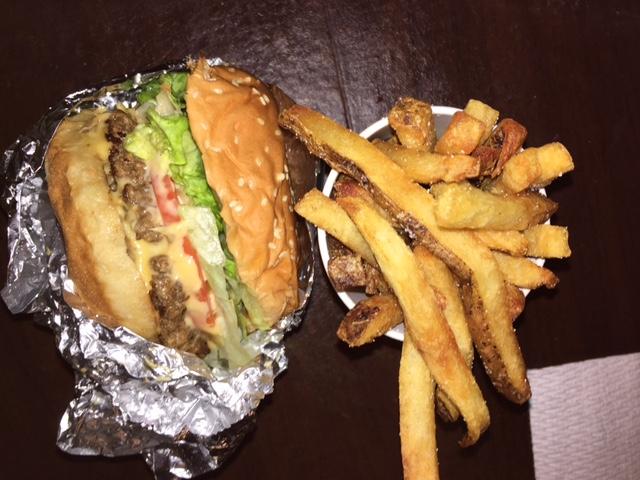 Food Delivery apps, like Postmates and DoorDash, enables anyone to order food like Five Guys to their door.

It’s a classic struggle: maybe you have to study all night, or you’re babysitting, or you just simply can’t drive yet, and you have an absolute craving for something from your favorite restaurant, and no way of attaining it.

This problem has been tackled over the past few years with the invention of food delivery apps.

These apps make it easy to order Five Guys, California Pizza Kitchen, or other of your favorite grubs that don’t offer delivery.

GrubHub, Foodpanda, Hellofood, Postmates, and DoorDash are just some of the apps growing in popularity.

With all of these options the question comes up of which app is best.

At Carlmont, I have noticed DoorDash and Postmates to be the most popular among students.

I put these two apps to the test by ordering the same meal from both of them.

Postmates was first, and the ordering process went well; the app has a nice layout and is user-friendly. However, the rest of that night’s meal did not go quite as smoothly.

The estimated delivery time was 35 minutes, and it took over an hour. My order had tomatoes even though that was not requested, and nothing was really warm anymore. I thought maybe that’s just what you get out of this type of service.

The total was $32.54 for two hamburgers and french fries, including a 15 percent tip.

DoorDash was next, and the ordering experience was very similar to Postmates. DoorDash made it a bit easier to see at what point in your delivery you’re at. The estimated delivery time was 38 minutes, but after the experience with the night before, I was prepared to be waiting longer than that.

My order came about eight minutes early and was warmer than the meal I received from Postmates. My order was correct and there was nothing to be complained about.

In the end, Postmates offered a worse service that cost more money. When deciding between the two apps, it appears that DoorDash wins out.