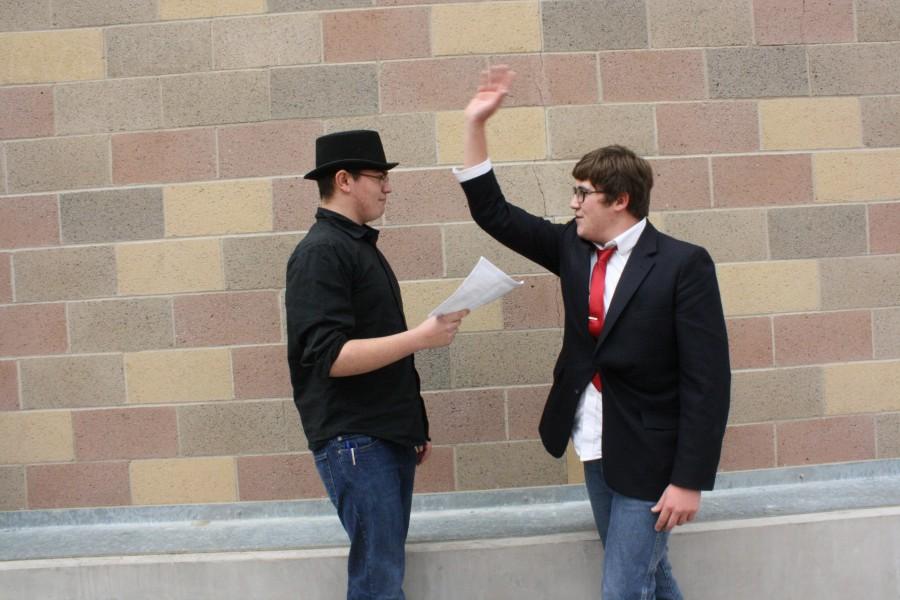 The 2014-2015 school year is off to a start, and so are plans for Carlmont’s drama department.

The upcoming fall play will be “You Can’t Take It with You,” a classic American comedy filled with, “really zany, wild characters,” according to Drama teacher and director Nancy Martin.

The play is going to take place in the studio theatre, where Martin said they are “going to build a staircase for the first time in here.”

According to Martin, “colorful, great characters of this wacky family” are going to be one of the main highlights of the play.

Cast members plan to stick to traditional habits by dedicating countless hours of their time and effort into making the play an entertaining and professional production for all that wish to attend.

Martin is looking forward to her favorite part of her job this year – watching her students grow and develop as theatrical artists.

“I love to see people grow and become incredible actors. Sometimes people that have been really quiet and shy are able to come alive onstage and are so open once they perform,” said Martin.

When the musical springs into action, this time of year has often been long-awaited by many students that are passionate about performing.

Although auditions can be a stressful period for many performers, the end result can be rewarding.

“The musical is always the highlight of my year,” said senior Lauren Pittock, who was cast for one of the lead roles in last year’s production of “Annie Get Your Gun.”

The beginning of a production marks the beginning of multiple opportunities for performers. From bonding with new people to improving talents, students find productions like the school musical to be a valuable time.

Junior Sierra Segal said, “I’ve gained experience. I had never been in a play before Carlmont, and being in the musical helped me learn so much in such a short time.”

These productions allow students to feel more liberated and connected with their peers, which can be complicated in solely academic classes.

“I’m not afraid to be goofy and loud and unapologetic onstage — something I really can’t do anywhere else, and to me, there’s nothing more special than that,” said Segal. “My favorite thing about being a performing arts kid is unquestionably the people. I have never met someone through performing arts who I don’t consider my friend. They’re driven, funny, exciting, and humble. I love them all.”