Drumline vows to take the Carlmont Cup finals by storm 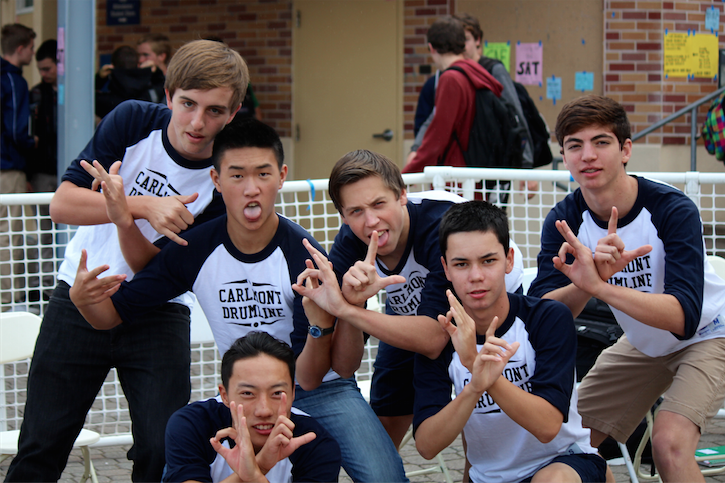 Drumline poses with its Drumline symbol after the overall victory.

As the rain continuously fell on everyone, Drumline and Mock Trial went head to head in a competitive round of Carlmont Cup.

However, the round began with some trouble for Mock Trial.

“There was a little dispute at the beginning about whether Sam [Levy] could play because he was not at our first meeting. He had to sit out for the first game, and we thought that was kind of unfair,” said senior Alex Singer.

The round ended with a three to one win for Drumline.

After winning the tug of war game, the cone-knocking game, and the noodle toss game, the Drumline players will be advancing to the next round in the coming week.

Senior Michael Muldoon said, “I feel really good, and I think our team performed really well. We all worked together and tackled these challenges. We’re going to come out strong and take the finals by storm.”