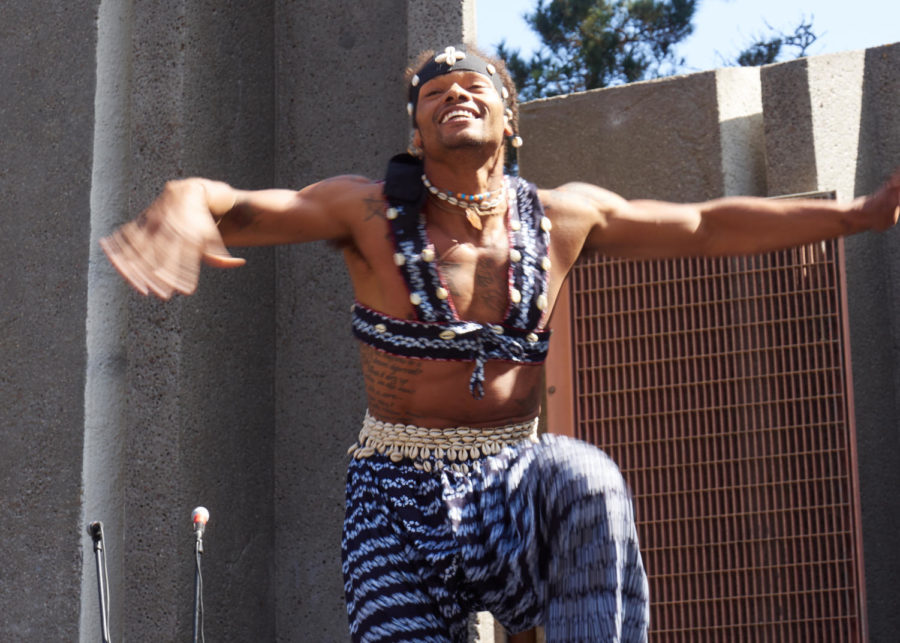 Spirit, love, and joy emanated from the performances.

Communities of all colors were brought together to celebrate culture and diversity on Sunday afternoon. With various dances and music from Guinea to Punjab, Duniya Dance and Drum Company brought the African Arts Festival to the Jerry Garcia Amphitheater in San Francisco.

Formed in April 2007, the Duniya Dance and Drum Company creates dances and music from unique blends of Indian and African culture. Its mission is to cultivate respect for traditional forms, foster cultural exchange, effect social justice, and engage in community building.

The African Arts Festival on Sept. 29 was Duniya’s third festival in six years.

“Its purpose is to bring people together to celebrate the art,” said Bongo Sidibe, the musical director. “We’re very activism-centered, and we hope to bring multiple cultures together.”

Sidibe, who has lived in San Francisco for 11 years, is from Guinea, West Africa. He strives to bring happiness and joy into education.

The highlight of the festival was the eye-catching performances.

Traditional performing arts groups represented the different regional cultures of Africa, including the African diaspora, through colorful and intricate shows.

“The dancing and performances are definitely what defines the festival, and what brings people here,” Sidibe said.

Another aspect of the festival was the community vendors selling traditional wares, such as clothing, instruments, jewelry, and food. People attending could experience the culture through the tastes, smells, and sights of all the goods.

One of the vendors who partook was Julie Bata, from Houston, Texas. Bata enjoys the rich values and unimaginable diversity of the festival.

“I believe the festival is here to showcase all of the wonderful talents in the community,” Bata said. “More people should come out and take advantage!”

Bata, who runs a stand of handmade items using traditional textiles from Africa, enjoys the dancing and the music most. It was her first time vending at the African Arts Festival.

Another vendor who took part in the festival was Yassin Semega-Janneh. This was her first time as a vendor, selling traditional cotton fabrics from the Gambia. Semega-Janneh had first attended the festival as an audience member around two years ago. She especially loves the dancing and the diversity brought by Duniya.

“It’s the sharing of love; the exporting of love that makes the festival so special,” Semega-Janneh said.