Editorial: Black Friday sales should only be on Friday 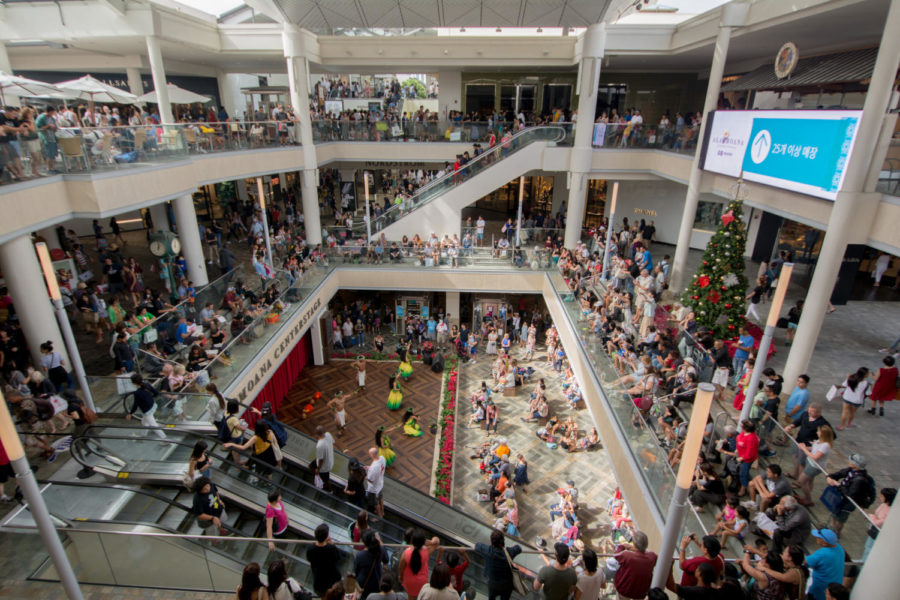 Malls such as this one are often filled with people trying to buy cheap items on Black Friday.

Black Friday used to be a one-day event where shoppers would rush into stores to buy as many discounted items as possible within the 24 hours.

Now, most stores give shoppers the luxury to start shopping on Thanksgiving, the Thursday before Black Friday.

Black Friday is a day in which many stores discount their items in order to draw in big crowds. The day occurs every year on the Friday after Thanksgiving.

According to BlackFriday.com, the term “Black Friday” came from the fact that accounting records in the 1900s would turn from red, which indicated a loss in profit, to black, which indicated a profit. At first, the term was used to mark the start of Christmas shopping season, but eventually, Black Friday became the day after Thanksgiving in which stores offer huge discounts to buyers.

Over time, more and more stores have started participating in Black Friday because they have realized that it draws in a big crowd of shoppers, and this big crowd brings in a lot of money. According to World Economic Forum, American consumers spent approximately $14.5 billion through Black Friday sales.

For example, this year, Walmart started their sale on Thanksgiving at 6 p.m, while JCPenney started even earlier that day at 2 p.m. Some stores, such as Kmart, opened their sales all day on Thursday.

However, there are many problems with these early sales.

First off, it ruins the purpose of the day. When Black Friday officially became the day for huge discounts, it was only on Friday. Now, it’s on Thursday and possibly on the weekend as well. It is called Black Friday for a reason. If it wasn’t supposed to be on Friday, it would be called Black Thursday or Black Weekend.

Additionally, according to All About History, Thanksgiving is a holiday for families and friends to gather in unity. Traditionally, those who come together celebrate what they’re thankful for while feasting on enormous amounts of food. However, most stores who start their Black Friday sales early generally start them Thursday afternoon, which usually conflicts with Thanksgiving dinner. Dinner is a significant part of Thanksgiving, as the food is a symbol of the holiday. But when stores start their sales during the time of that dinner, they encourage people to shop rather than celebrate and gather with their family.

Adding onto that, retail workers won’t have the chance to celebrate Thanksgiving with their families. They would be working instead, and that is not fair to the workers or their families.

Although having sales for a longer period of time may entice shoppers and allow the stores to make more profit, it interferes with the Thanksgiving traditions, and it contradicts the name of the day itself.

After all, it is called Black Friday.