Editorial: Call ‘imposter syndrome’ what it is: systemic oppression 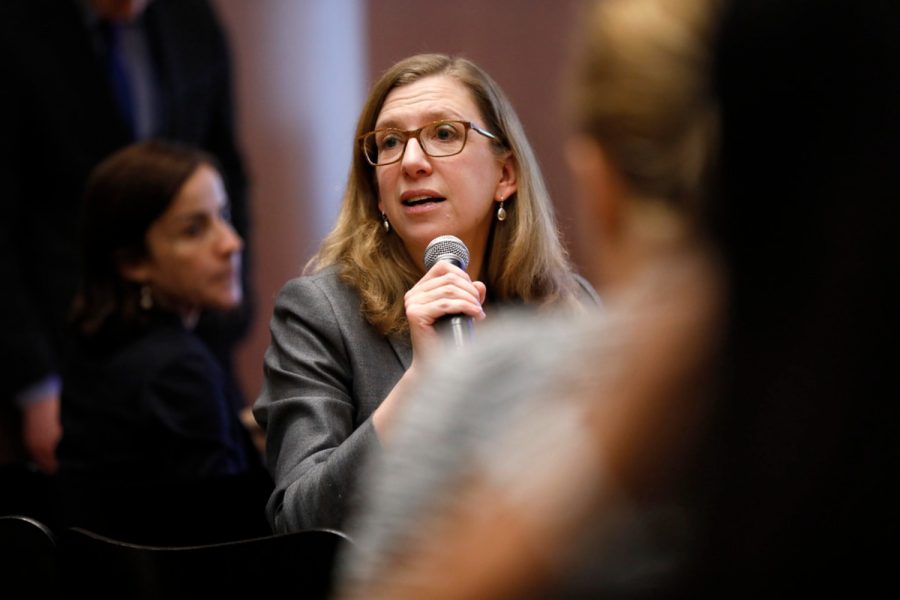 Women often fall victim to the phenomenon "imposter syndrome" as a result of systemic discrimination.

If you’ve been around corporate America any time in the past decade, you might’ve heard the term “imposter syndrome” floating around. It’s a pop-psychology diagnosis that leaves the people affected feeling assuaged by being able to label themselves, but it shouldn’t — it’s thinly veiled racism and sexism.

Imposter syndrome was first coined in 1978 by psychologists Pauline Rose Clance and Suzanne Imes, who used it to describe women who felt like intellectual phonies. But their demographic circle was limited to high-achieving white women and conveniently left women of color and people of various levels, genders, and professional backgrounds out of the study.

This exclusivity is further exacerbated by the narrow vision of leadership that accompanies workplaces. Because predominantly white, heterosexual men have assumed these positions, marginalized identities are less likely to be candidates for these leadership roles.

Numbers don’t lie. Women and racial minorities are underrepresented at every level.

According to Lean In’s 2019 Women in the Workplace report, men hold 62% of manager positions compared to women, who hold 38% of positions. Only about one in five women are C-suite executives, and only one in 25 are women of color. Fewer than 5% of women of color hold Fortune-500 board seats, despite being 18% of the U.S. population.

The lack of representation for marginalized groups makes all the difference. When they cannot see people from similar backgrounds succeeding in their fields, it heightens feelings of not belonging. There’s nobody to model the possibility of mobilization in corporate environments, no signs of overcoming the stigma and oppression that accompanies minorities to move up the ranks.

But lack of representation isn’t the only factor. Racist and sexist microaggressions that dominate the workplace are also to blame. Lean In’s 2019 Women in the Workplace report shows that 73% of women experience day-to-day discrimination and bias.

The microaggressions include interrupting minorities in meetings, questioning their judgment, and more persisting beliefs about their inherent inferiority. Preexisting feelings of doubt are magnified by encounters with systematic discrimination. They’re made to feel like they don’t belong.

In truth, they don’t. Their presence has been met with begrudging tolerance due to decades of activism and legislation. Underrepresented individuals are stymied by corporations who remain stagnant in ideals of white supremacy.

Embracing imposter syndrome perpetuates exclusionary and meritocratic ideals. Characterizing it as a psychological issue absolves an oppressive system of any blame and instead shifts it onto the individual.

But its problems extend further than the individual. We need to stop internalizing the structural shame maintained by corporate culture. Instead, we should consider the harmful effects of a profoundly classist society.

Let’s shift the conversation. Rather than focusing on fixing the individual, we should fix our long-established system of bias and discrimination. That’s the actual problem.

*This article reflects the views of the editorial staff and was written by Marrisa Chow.