Editorial: We must be mindful of our activism 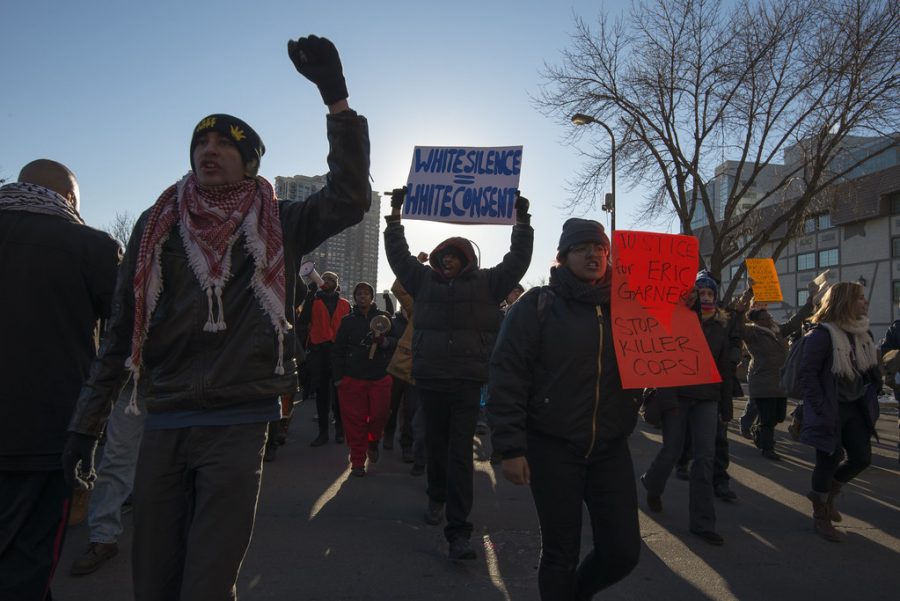 Allies unite and protest in solidarity with the black community fighting police brutality. This is an example of meaningful action.

Giving a voice to the unheard sounds great on paper but fails to be as black and white when put to the test. Oftentimes when those coming from privileged positions act on behalf of marginalized communities, they hurt more than help.

Volunteering gets distorted into a personal endeavor despite desires to actively help these communities. These people, typically those who do not face similar struggles themselves, ignore those from the communities they claim to help, even if their supposed help comes with good intentions.

Take mission trips, for example. They are great in theory, but they’re not well-founded in actuality.

One would expect the thousands of dollars people spend on these trips to be poured into the communities themselves. Instead, these dollars go towards their flights, their board, their food, their experiences.

While money adds up fast between a big group, if it doesn’t actually go towards the presumed communities, what’s the point? Direct donations would institute real change over satisfying people’s need for a trip and educational experience, something to make them feel good about their place in the world.

Not to mention, these actions only infantilize the people they are supposed to help. The mere existence of mission trips stems from the idea that other communities are so incapable of figuring out things themselves that they need wealthy, upper-class Americans to come and save them. The notion that these privileged people are capable of solving deeply ingrained issues in the world with one simple week-long trip airs strongly of patronization.

So-called activism endeavors similar to mission trips are even prominent on a more national level. During the roar of protests on behalf of racial injustice, white people joined the fight. In their attempts to be at the forefront, they covered up black voices.

Take some of the activist trends people took part in during the Black Lives Matter protests. One popular, widespread show of support involved people posting black screens with the hashtag #BlackLivesMatter to show their support for the movements. Though the posts may have been well-intentioned, they did more harm than good. The black screens prevented messages from activists with critical information and resources from being heard.

This isn’t a new phenomenon. Whenever there is any widespread protest going on, those who perpetrate it seem to be the loudest. They force themselves to the center of attention unknowingly, but it’s at the expense of the marginalized.

It’s been seen with the #MeToo movement, with the fights for queer communities’ rights, and with protests over stolen Indigenous land. And yet, despite pleas from the communities affected, nothing changes.

It’s not for lack of trying. Marginalized voices combat this as best as possible but are ignored in favor of listening to those already at the top. This creates a vicious cycle where those in these privileged positions stay under the pretense that they’re making real change, while marginalized communities are trampled as they attempt to get a word in.

This needs to be prevented in the future. But it requires admitting the help given before is failing. And it may seem daunting. So here is a noncomprehensive list of the things our society can do to improve its activism.

Listen to the communities that need help. One of the best things to do to help in most cases is donate directly. And a lot of times, as unrewarding or unglamorous as it might seem, money is the most impactful way to help. Donate to groups, to families, to individuals.

For people that do not have money readily available to donate, time is equally valuable. There are numerous opportunities within almost every community to provide aid and support for those who need it. Activism that’s more local tends to be a safer bet in terms of offering real help. Join in on mutual aid instead of the transatlantic volunteering opportunities. Help out in local soup kitchens. Participate in clothing drives, toy drives, and food drives. Attend local protests against issues plaguing marginalized communities.

Support those who are marginalized in the community as they speak up against injustices and things allies could be doing better. Stand by them and refrain from overshadowing their stories.

More importantly, though, pay attention to what these communities say. They know best about their lives. When they say something hurts or offends them, take their word for it. When in doubt, listen.

Above all else, we must educate ourselves. Research issues these communities face, what meaningful change constitutes, and steps that can be taken. Read books, watch movies, and see people speak.

Creating real change isn’t instantaneous; it requires time, money, and skill. More importantly, it must be done with compassion, empathy, and effort for marginalized communities. Our society must recognize this. It is good to get involved and advocate for change, but we must remember that shouting over marginalized voices to be heard silences those we want to help.