Editorial: We need to stop wasting so much produce 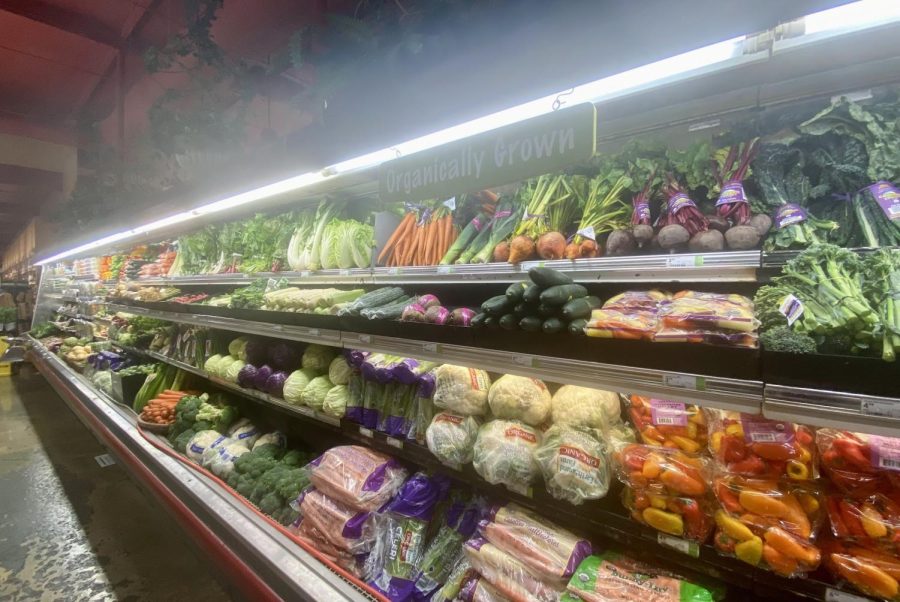 The United States ranks third in countries with the highest yearly food waste.

Every year, 60 million tons of produce in the United States is thrown away. That’s $160 billion worth of fresh fruits and vegetables that end up in landfills, wasted.

Do you ever wonder why almost all the food at the supermarket looks so visually appealing? Many grocery stores demand “blemish-free” produce, which means farmers throw away “ugly” food before it even gets to a store.

The high standards for cosmetic perfection stem from consumers. Many people shopping for produce choose their food based on appearance, which is why retailers demand fruits and vegetables to be aesthetically pleasing.

However, many shoppers are also under the impression that blemished food might not taste good or be as fresh as the others. This false narrative is what leads half of all produce in the United States to get wasted. It shouldn’t be. We need to look deeper into our produce consumption and take steps to minimize its waste and environmental impact.

When imperfect produce goes to the trash, not only is it environmentally damaging, but it wastes a lot of money.

On average, households could save almost $400 per person a year if they eliminated food waste. Farmers, retailers, and organizations also can receive financial incentives, including tax exemptions for donating their leftover whole and unsold food.

This money and wasted food can be put towards more than 30 million starving Americans.

According to Feeding America, about one in eight Americans faced food insecurity in 2021. This number can be significantly reduced with the redistribution of produce from farms. Blemished fruits and vegetables could be donated to shelters, food banks, and soup kitchens or used to feed animals. Farms could also explore composting their imperfect produce instead of sending them straight to the trash.

As of 2018, wasted food represents around 24.1% of trash in landfills. Rotting foods in landfills releases a large amount of methane gas and many other greenhouse gases into the atmosphere, contributing to the climate change crisis. The creation of landfills also typically means destroying animal habitats, leading to extinction and throwing off our ecosystem.

Luckily, there are many ways to minimize produce waste for people other than farmers. Freezing fruits and vegetables before they expire is a simple way to save food for later to prevent having to throw it away. Purchasing blemished produce or products made from blemished produce can also lessen food waste.

Imperfect Foods is a company that offers local, sustainably-sourced groceries at an affordable price. Their fruits and vegetables often come with cosmetic imperfections, irregular sizes, or are just surplus from a farm in an effort to help the environment. In 2020, Imperfect Foods saved 50,000,000 lbs of food and 20,663 tons of carbon.

Reducing daily produce waste is an easy way to lower carbon footprints, lessen the effects of climate change, and help the environment. When it comes to produce consumption, we need to stop fixating on appearance and start focusing on decreasing our waste.

*This editorial reflects the views of the Scot Scoop editorial board and was written by Soleil Dam.