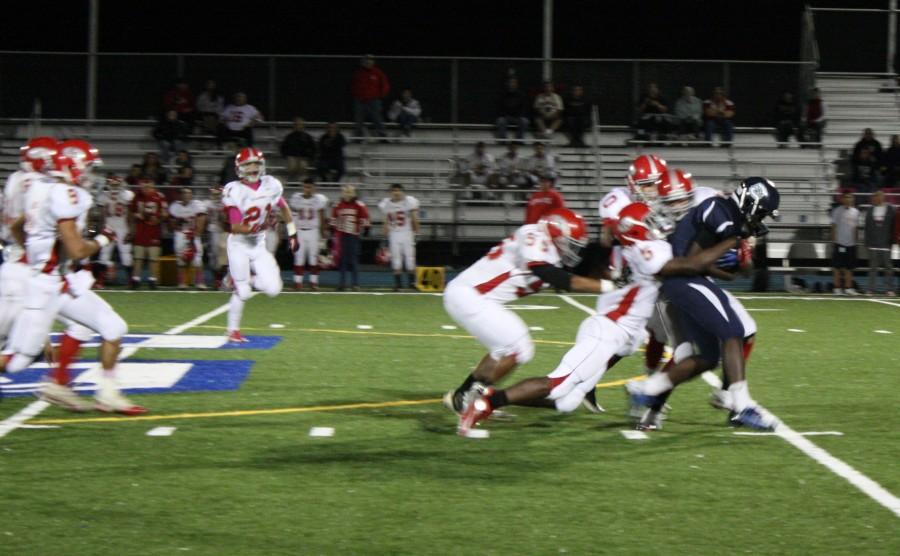 Carlmont’s varsity team was beat by El Camino High School at the Homecoming game on Oct. 20, 2012. El Camino shut out Carlmont with a score of 27-0.

El Camino got off to an early lead after Carlmont fumbled the ball over to El Camino. Later in the game, Carlmont’s quarterback attempted to throw the ball out, but it was thrown to the other team instead.

“This game is a big event for our school, so it is definitely very disappointing to lose, but we are learning from our mistakes and becoming more prepared for the next game,” stated Jacob Orme.

Even though Carlmont was defeated, their spirits were still up. Nick Newberry claimed,”Everyone played their hearts out and gave the game their all.”

There were a few great plays by Carlmont’s Nick Simon, Jesse Gifford, and Mark Gustincic.

Tristan Gasperian said, “That was the best game they played all season, even though the scoreboard didn’t have a good reflection of that. Next year, our team is going to be stronger than it is this year and we are going to come back and smack all the other teams.” 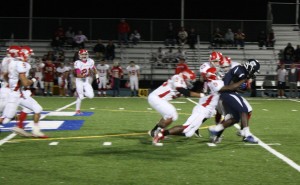