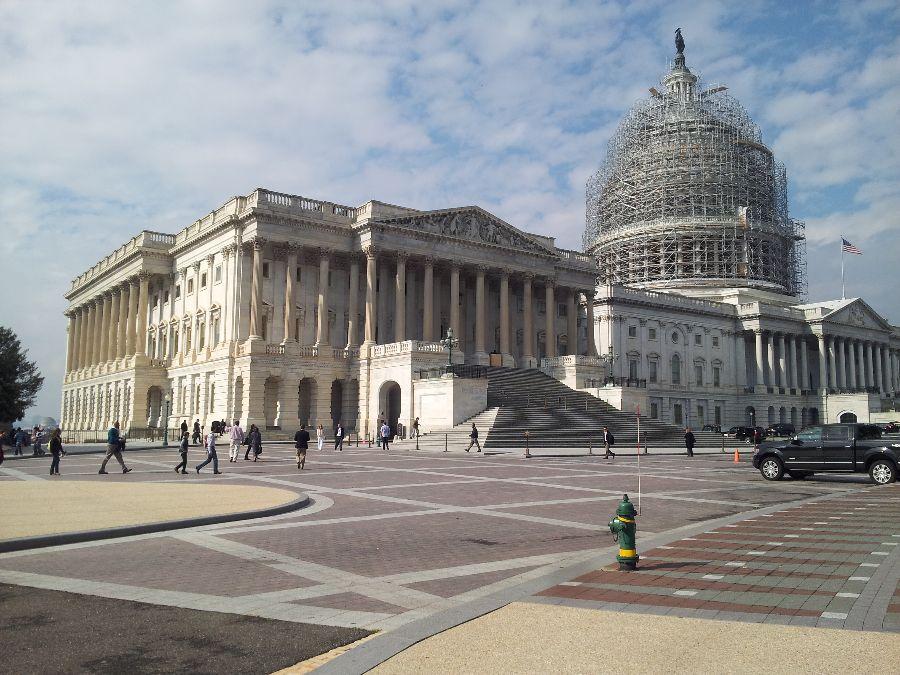 The Capitol building is the meeting of the house of Representatives and the Senate. Due to this year's Election Day, there should be drastic changes to the running of the country.

A seemingly endless line of responsible US citizens pours out of the polling office and down the street, wrapping around block after block of the neighborhood. Here, they wait before Election Day to cast their vote on what they believe is best for their nation.

“The poll where I worked at got double the number of voters than last year. We were very busy and I had to get there extra early, but my field workers were very helpful and I ended up having a lot of fun.” said senior Grace Yi.

On the Tuesday following the first Monday of November, Election Day is a constitutionally established day when popular ballots are held to select public officials to run the country.

According to CNN, this year’s midterm election is the most expensive in history, with total spendings reaching up to $3.7 billion. The results were sweeping gains by the Republican Party in both the House of Representatives and the Senate.

“Because Californians are generally more liberal, the increase of Republicans in the House and Senate means that Californians will have less influence on this nation,” said government teacher, Kris Weisman.

According to Weisman, “Republican ideology will have an increased presence in this country, holding back efforts on the climate and Obamacare.”

Governor Jerry Brown, a Democrat, was re-elected to lead California for the fourth time, and is taking steps to reduce California’s deficit and tackle the drought crisis in a more liberal approach.

According to CBS local, Brown said, “Since I’ve [ran] three times, I am not under any illusions that this is some kind of picnic.”

Brown approved Propositions 1 and 2 to begin actions that benefit the state of California.

Proposition 1 calls for $4.7 billion of funding for water infrastructure projects to replace California’s water system. Proposition 2 is directed to save money for emergency funds in times of economic hardship. Reducing the punishment on certain drugs and theft offenses, Proposition 47 was also passed.

“Because Jerry Brown is still governor, the way California is run should not change because we are still mostly a democratic state,” said Weisman.

Some Carlmont students reacted positively to these newly-made protocols.

“I think Proposition 1 is a great idea. Our current drought proves that our water system is failing,” said senior Charlie Karam.

Our newly elected leaders are ready to face multiple national issues, with no single issue above the other.