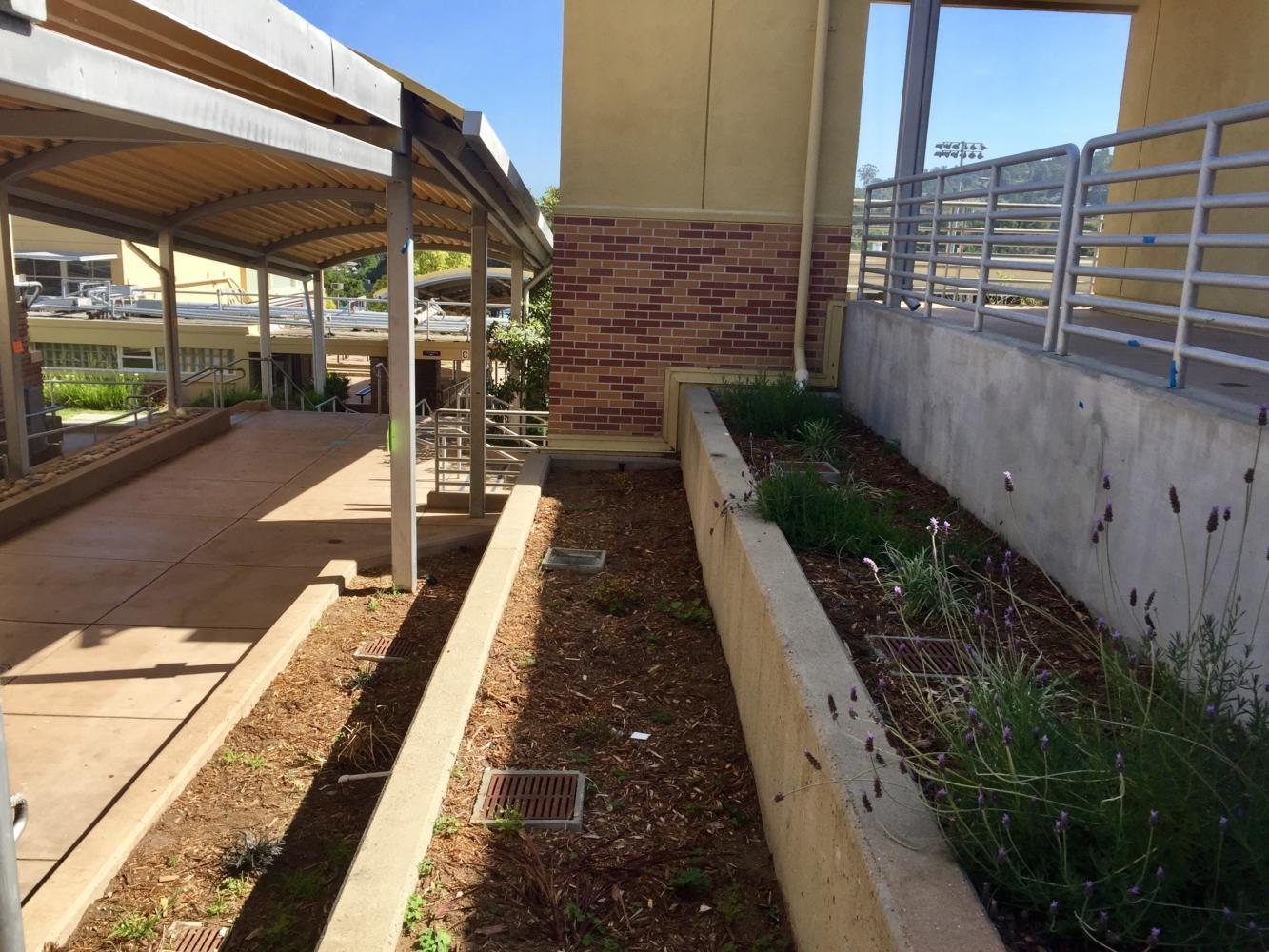 Environmental Club plans to turn these planter boxes in between upper and lower D-hall into a community garden. The club meets every Wednesday in room C3.

Spring has come, and along with it, a new garden project at Carlmont.

In hopes to beautify the campus, Environmental Club has taken over a community garden. Located between upper and lower D-hall, the abandoned planter boxes will soon house a variety of plants.

Risako Nozaki, a junior and club member, said, “We’re thinking colorful flowers, herbs, fruits, and other edible plants that will catch people’s attention. We might even plant blue and white ones for Carlmont spirit.”

Environmental Club is one of the many clubs Carlmont has to offer. Meeting every Wednesday in C3, their mission is to raise awareness of the human impact on the environment and to make Carlmont and its students greener.

The club plans to accomplish a part of their goal by teaching people the process of growing plants naturally through their new garden project.

“We don’t want to use any pesticides, and we want students to be able to learn how a plant grows naturally without pesticides and other harmful chemicals,” said Nozaki.

The garden was originally started by ASB’s Human Relations Commission, who handed it over to Environmental Club.

Sophomore and Human Relations Commissioner Maddie Standlee said, “We originally met with some of the Environmental Club members because we thought they could maintain the existing plants better than we could. However, they introduced some really interesting new ideas to improve the garden that I’m sure will turn out great.”

As part of the garden’s transformation, the club hopes to send a positive message to students who take interest in the developing garden.

Kristin Ma, a junior and vice president of the club, said, “I think the installment of small projects like the garden will capture people’s attention in a subtle yet effective way. Students and staff walking past that area may think that it looks nice and then become more curious to learn more about who did it and what their intention was. We are thinking of putting up signage in or near the garden that relates the plants we chose to environmental sustainability.”

Environmental Club envisions the upcoming project as another way for students to get involved and have a positive impact at Carlmont.

Nozaki said, “We want to have other students take part in the seeding process, so it’ll be like they’re leaving behind a legacy. They can leave something positive behind at Carlmont.”