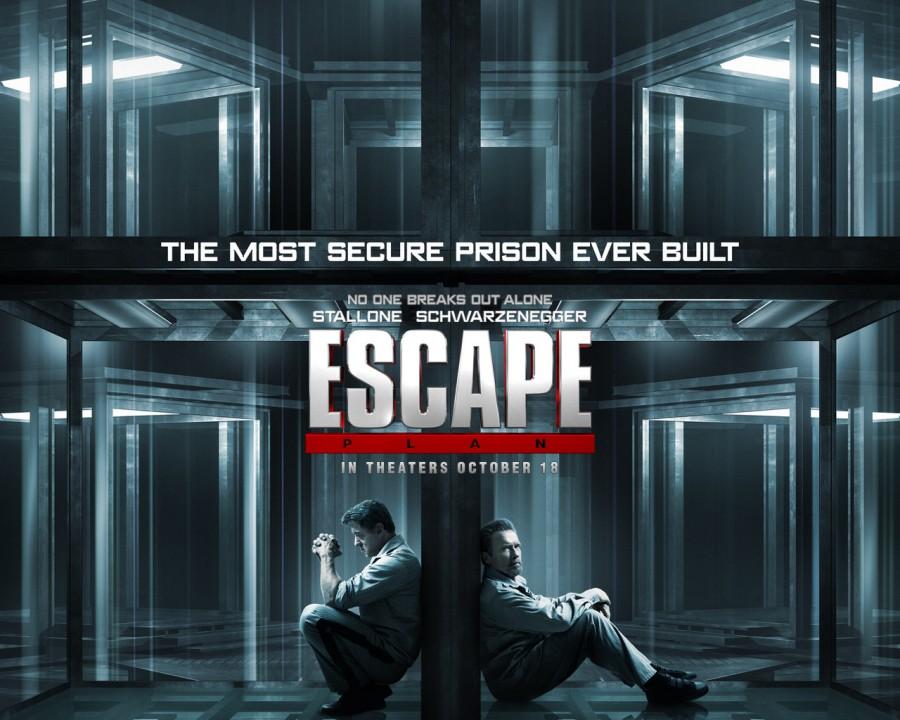 Stallone plays Ray Breslin, a former prosecutor who now spends his days testing maximum security prisons. Breslin is described as the Houdini of prison breaks because he uses his expansive knowledge of, well everything, to escape supposedly inescapable federal facilities.

That is until Breslin is compelled to take a five million dollar job at a CIA black site.

It is safe to say that things do not go well when Breslin is taken to the black site, which happens to be the most secure prison ever built.

Schwarzenegger is a source of comic relief with lines like, “You punch like a vegetarian,” and a meltdown scene completely in his native Austrian dialect.

He and Stallone work wonderfully as a duo, complementing each others personalities and making for a believable friendship in an almost unbelievable movie.

Unbelievable in the sense that nothing like this has been done before. Part of what makes “Escape Plan” a success is the originality of the idea. In 2013 there were a multitude of so-so action movies that all followed similar plots. However, this movies trailer was eye catching because it was different and had a star studded main cast on top of that.

Another cool aspect of the film is the intellectual side that involves devices, strategy, and handmade tools. Breslin, being the genius that he is, can use ordinary materials like milk cartons, toilet paper, and bread to his advantage in his quest to break out of the maximum security prison.

Director Mikael Håfström created a well filmed movie with amazing editing that really brought the movie together. Editing can make or break a movie, and in this case, it made it.

The ringer comes at the end with a major twist you do not see coming. It wraps up the movie well, tying up loose ends that tend to keep people guessing.

Was “Escape Plan” the best movie of 2013, no. But it is definitely worth the $4 to rent on demand or on Amazon if you are in the mood for a change from the classic action thriller.