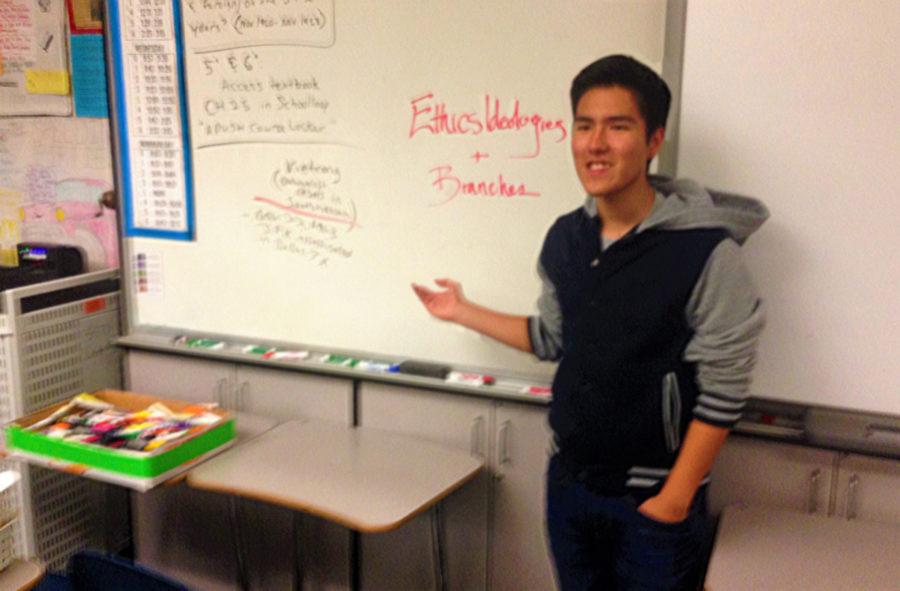 The Ethical Studies class coming to Carlmont next year has many people’s attention, but few have heard of the newly-minted Ethics Club.

The desire of the club is similar to the class — to discuss issues of ethics in a formal way. The club also wants their members to participate in a conference, the Ethics Bowl, next winter at Santa Clara University. The Ethics Club was created by sophomores Christopher Alvarez and Rain He, who both wanted to be able to provide a stimulating and enlightening conversation about moral principles during their lunchtime meetings.

President He said, “This is my way of reaching out to the people of Carlmont and simultaneously polishing my leadership skills.”

The leadership of the club has helped gain members in the short amount of time that it has been in place. It was the drive of presidents Alvarez and He who caused others to join. Sophomore and current club officer Joseph Bazarsky was inspired by the dedication of the leaders.

Bazarsky said, “It’s obvious that everyone in the club cares about what topics they’re talking about, which brings a certain vitality to the club.”

The willingness of the club leaders to help members have stimulating discussions was partly due to the fact that the leaders themselves wanted to partake in those discussions. Although there are plenty of academic clubs that have already been established, they wanted to have a club that offered a chance to prove what they practice in a real environment, which is provided by the Santa Clara conference.

Alvarez said, “We wanted to be in an academic club that had other intellectual friends and members, who would be willing to be committed and competitive.”

In order to achieve their goal of participating in the conference, the club is going to go through a set plan of training exercises, while also providing a fun and intriguing side to thoughts and conversations.

President He came up with a loose agenda and said, “We will be targeting the forms and branches of ethics. In the fall we will do research for specific cases and have mock sessions with our neighbors at Hillsdale High School.”

Ethics Club meets in room E1 during lunchtime and is always willing to admit new and committed members.