‘Everything Now’ is an uninspired disappointment 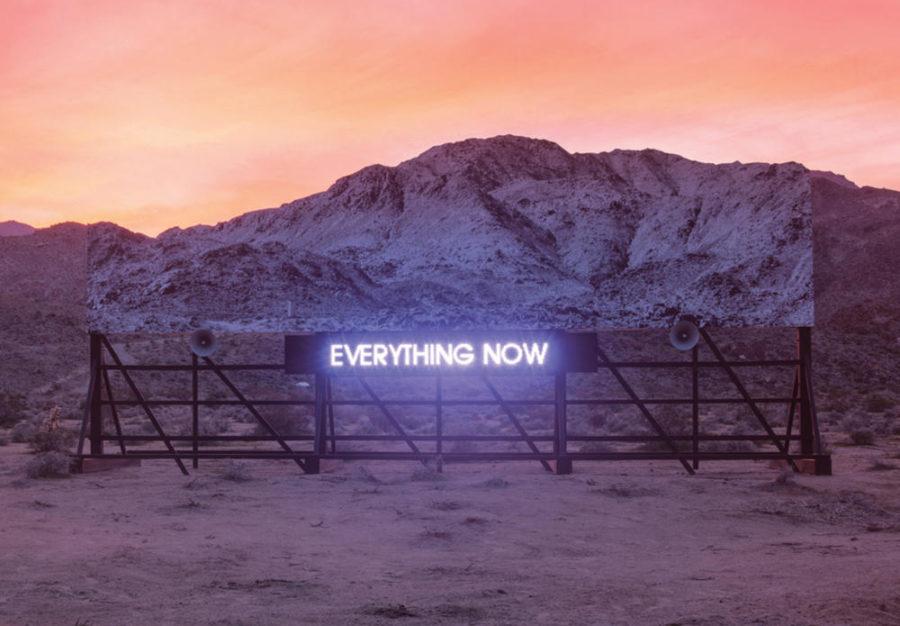 The cover of "Everything Now" by Arcade Fire features tranquil scenery.

“Everything Now” is by far the weakest album in Arcade Fire’s discography. Arcade Fire turns away from everything that made them likable and unsuccessfully attempts to become a dance music group.

Arcade Fire is a Montreal-based Indie-Rock powerhouse; the members include Win Butler, Regine Chassagne, William Butler, Richard Reed Parry, Tim Kingsbury, and Jeremy Gara. They’ve achieved widespread success and critical acclaim. I personally enjoy every album of theirs up to this point.

The first two tracks of this album, “Everything Now” and “Signs of Life,” are by far my favorites.

The ABBA-inspired piano disco vibes of the title track are fantastic. The Afro-funk inspired bass and the four on the floor, click-clack percussion work really well together, making for a satisfying listen.

However, besides these two tracks, this album doesn’t really have much else to offer.

On many tracks, the band attempts to push forth a politically conscious message, which they’ve done well before. However, on this album, it doesn’t really seem like they have anything interesting to say.

“Peter Pan” is a vomit-inducing reggae nightmare. Every single moment of this song is torture. The lyrics are frustratingly idiotic and add nothing to the overarching concept of the album. This is easily my least favorite track on the album.

“Chemistry” is so jaunty and saccharine that it saps all enjoyment of the song. Arcade Fire again goes for a reggae-fusion aesthetic and fails. The lyrics are sickeningly predatory and offer none of the joy and playfulness it was attempting to portray.

Other tracks, like “Infinite Content” and “Infinite_Content,” are offensively lazy. These are two versions of one unfinished song. The verses are suffocatingly repetitive and the instrumentals are subpar at best. These tracks just further show that the band is really out of ideas.

Although there are a few good tracks on this album, it is unsatisfactory as a package. Save yourself 47 minutes and avoid this album.