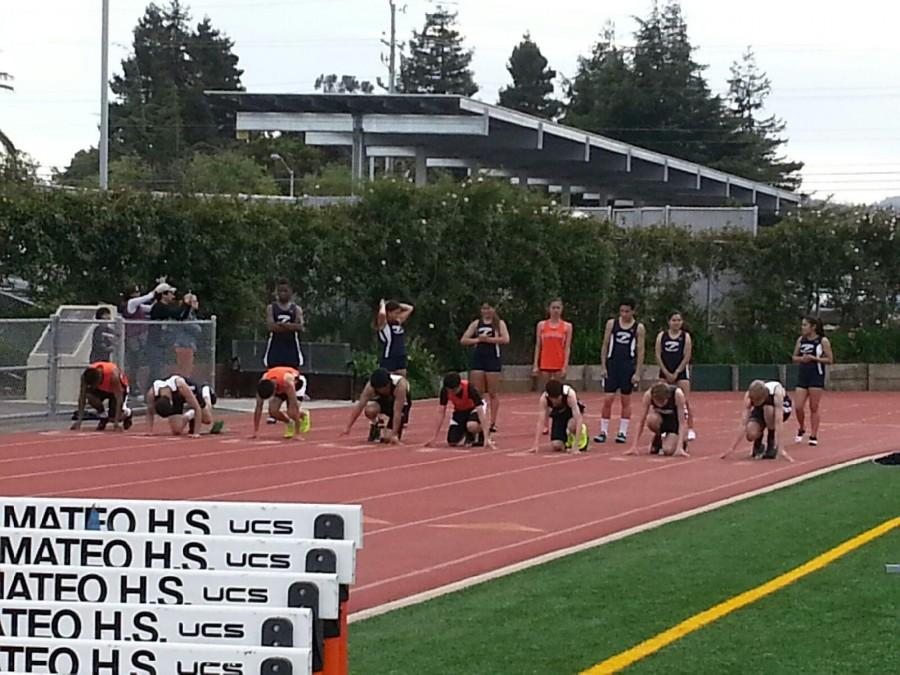 The track and field team had their second meet on March 20 against San Mateo High School and expected a win.

One of the main reasons why the Carlmont team predicted a win is because of the size of the San Mateo team.

Freshman Emma Morimoto said, “I was completely shocked. Their team was very small. Our team was massive compared to theirs. I didn’t expect a high school team to be so small.”

In many of the races, including the 300 meter hurdles, all, except for one, of the runners were representing Carlmont. Despite the little competition, the races were still taken seriously.

Junior Hiba Dahbour said, “Because there is a new coach, everyone wants to impress rather than disappoint, so we all tried really hard and ran our hearts out. If we don’t try, it’s almost impossible to improve, and without improving, we can never win.”

Although Carlmont track lost their first meet, a victory against San Mateo will boost morale and encourage future successes.

Morimoto said, “I was a little disappointed last week because my team lost the first meet of my high school time. But coaches always say that success only comes at the risk of failure, and I think they’re right because we most likely won our last meet.”

One of the team’s strongest events is the boys’ hurdles. Many of the hurdlers are seniors who are running their last races for Carlmont in hopes of encouraging the younger runners to succeed.

Senior Alex Kumamoto said, “I have been running for years now, and I undoubtedly consider it to be a hobby that I am passionate about.  Looking at the San Mateo team, I guess a lot of students from that school didn’t consider track and field as a something they love and want to devote themselves to. It takes a lot of dedication to participate in a school sport. It was definitely clear though that those who did run from San Mateo had a strong passion for track.”

The future is looking bright for the Carlmont track team, as they are practicing every afternoon and polishing skills to bring back gold medals in upcoming meets.