‘Extremely wicked, shockingly evil and vile’ lives up to its name 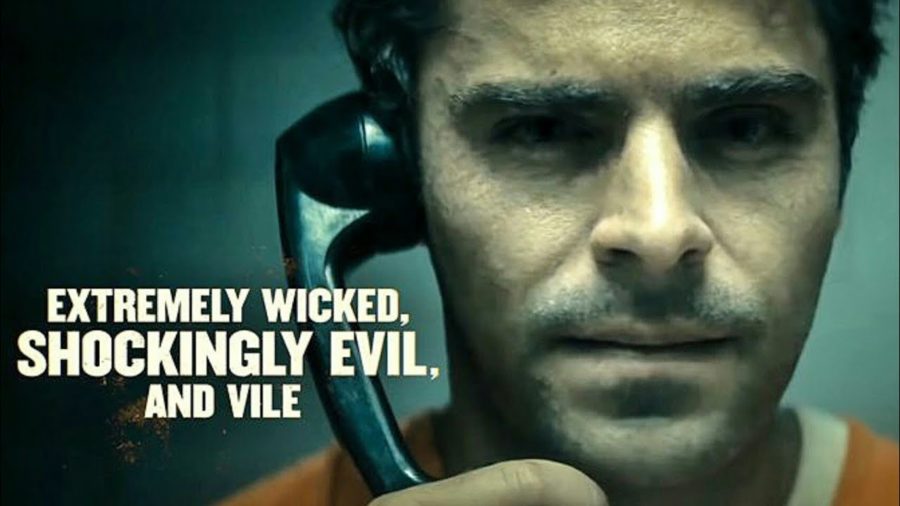 'Extremely Wicked' captures the horrors of Ted Bundy's life through a captivating performance by Zac Efron.

Netflix’s new movie, “Extremely wicked, shockingly evil and vile” intricately displays the psychological torment and deception behind Ted Bundy, a serial killer who killed over 30 women in the late 1900s.

I had high expectations for this movie, as its two most prominent actors are Zac Efron and Lily Collins. Efron, a nationally-renowned actor, has starred in movies such as “High School Musical,” “The Greatest Showman,” “Neighbors,” and many more. Lily Collins, although not as well known, is an extremely good addition to the film’s cast and perfectly portrayed Bundy’s ex-girlfriend.

Although “Extremely Wicked” has failed to get stellar reviews from many movie critics, the film itself is extremely well done and presents an in-depth depiction of the mental derangement of Bundy.

The movie received a 6.7/10 from IMDb and a 56% from Rotten Tomatoes. Many of the complaints against the film were that it did not present new information on the livelihood of Bundy and his case, but merely reintroduced ideas that had already been divulged upon in movies before. They also attack the failure of the movie to criticize Bundy or introduce the atrocities of which he committed. But this is where I think the critics are missing something.

This film employs the blindness that not only the nation but even also his beloved friends and family had in regards to the ugly and horrific side of his life that he kept concealed from everyone to reveal the scary and underlying message that pretty exteriors do not equate to a pretty interior.

Even though I was aware that Ted Bundy was convicted and had confessed to his heinous crimes, Efron’s acting and the plot structure of the film kept me completely engaged and in awe of the ability of Bundy to mask his true nature.

The director, Joe Berlinger, does fail to highlight the gruesome acts of Bundy, and although that does take away from the understanding of Bundy’s true terror, it adds to the aspect of the public to understand and discern the lies from the truth. In doing so, Berlinger accurately depicts the response of many in relation to Bundy.

But, although not directly seen, the film still does a good job of presenting the crimes of Bundy, just not in the way a typical movie would. The suspense the movie adds by having the crimes committed as a background distraction allow the viewer to become more absorbed in Bundy’s masquerade and further the overarching theme of disregarding the facts and falling for the lies of Bundy.

The final scene of the movie in which [SPOILER] Bundy reveals his guilt to Liz Kendall, his ex-girlfriend, adds extreme anticipation as well as disgust into the understanding and conviction of Bundy as he writes “hacksaw” onto the glass separating the two. This was in response to Kendall’s question of how one of the killed women was found decapitated. It concluded the movie well as it finally saw Bundy confess to his crimes, and relieves his ex-girlfriend of the mental torture she had gone through trying to decide if he was actually guilty. It is also the most direct display of violence throughout the movie.

Overall “Extremely Wicked” did a great job of presenting the mental characteristics of Bundy’s existence and wrapped all of it up into a compelling and intriguing movie with stellar acting and performances from its cast.