The longstanding debate of colleges, their student-athletes, and the money between them 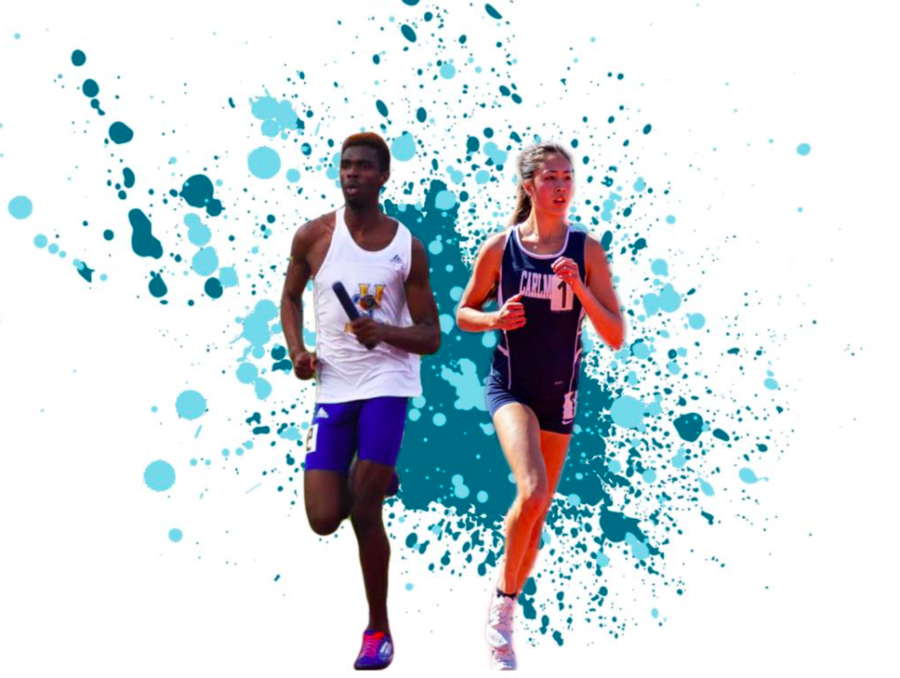 Both Kaimei Gescuk and Tanner Anderson were recruited by Division 1 schools for their athletic capabilities.

After more than a century, California’s legislature challenged the legacy of the National Collegiate Athletic Association (NCAA) has instilled in the very fabric of collegiate sports.

This was brought into reality by a single signature.

On Sept. 30, Governor Gavin Newsom signed California Senate Bill 206, also known as the “Pay Fair to Play Act.” The law will take effect for the 2023 school year, granting collegiate athletes the right to earn money from the use of their name, image, or likeness while still maintaining their athletic eligibility.

This new reality defies the regulations set by the NCAA, an organization founded in 1906 to draw up competition and eligibility rules for college sports.

The organization currently rules that all student-athletes who want to compete must receive an amateurism certification from the NCAA, and students are incapable of receiving any form of payment because of this certificate.

Kaimei Gescuk, a Carlmont senior, was recently recruited to a Division I university for cross country and track and field.

Athletes from Division I schools are most likely to benefit from the new law as the NCAA holds them to the highest level of intercollegiate athletics and their sports seasons garner the most media attention.

Although California is currently the only state to have passed this type of legislation, a host of other states are looking into securing benefits for their student-athletes. Connecticut is among those states, according to CBS Sports.

“My greatest hope is to find a balance I can thrive in. I don’t want to put too much pressure on myself — I just want to do my best and have fun with it,” Gescuk said.

Bryan Gescuk, Kaimei’s father, played football and baseball during the mid-1980s at Harvard University, a Division I school. He personally understands the consuming schedule one has to manage.

“Being a student-athlete is not only a tremendous honor but also a sizable responsibility, as it requires the ability to balance two extremely demanding activities,” Bryan Gescuk said. “The danger in that is the person becomes so engaged in those activities that he or she loses out on important interactions with other students or exciting opportunities.”

Tanner Anderson, a Carlmont graduate from  2018, was recruited for track at Division I school UC Riverside. He also stresses the importance of organizing a busy day while juggling up to three hours of practice a day and classes scattered throughout the week.

“The greatest challenge is just finding the time. You have to make sure you have adequate time to complete each thing you set out to do for the day, and you usually end up with nothing more outside of the set schedule you’ve made for yourself,” Anderson said.

In the professional world, prominent figures in the NBA have spoken out against the corrupt policies of the NCAA, including LeBron James and Draymond Green.

Speaking with reporters Sept. 30 at a Lakers’ media day, James described coming from a background full of financial hardships.

If he had attended college for basketball, he and his mom “wouldn’t have been able to benefit at all from it,” while “the university would’ve been able to capitalize on everything.”

Profiting off of advertising and the reputation of student-athletes, the NCAA reports their 2018 revenue of over $1 billion. The money is used to support the NCAA and then systematically distributed back to the colleges, according to the NCAA.

“I personally have felt that the NCAA has, for a long time now, employed a type of indentured servitude with inner-city black kids going to predominantly white universities, making those universities millions of dollars from television, game attendance, and sale of merchandise,” Bryan Gescuk said. “And this revenue is way out of proportion to the value of their scholarships.”

These types of situations have garnered public outrage, especially in the case of the University of Connecticut basketball player Shabazz Napier, who described “hungry nights” and was still expected to play to the best of his abilities back in 2014.

“Can you imagine being a poor student trying to scrape together money for a meal and walking into a university book store and seeing your jersey on sale for $75? Something is fundamentally wrong with that,” Bryan Gescuk said.

For many high school students, the tuition is a key factor in the college application process. According to U.S. News, The financial strain is especially apparent in the last 20 years; in-state tuition and fees at public national universities alone have increased by 221%.

The “Pay Fair to Play Act” would work to counter such expenses, providing student-athletes with the opportunity to ease the burden themselves.

“I think athletes have a right to profit off of their talent; they work so hard and train for so many hours, it leaves little time to make money from conventional jobs on the side,” Kaimei Gescuk said.

However, critics of the Pay Fair to Play Act call into question the true extent of the act’s benefit to student-athletes.

“It really only benefits a small number of athletes who are able to even get big enough to pull in revenue,” Anderson said. “But nonetheless, the act is definitely going in the right direction for student-athletes.”

On the other hand, opposition to student-athletes getting paid outlines how the lack of payment instills a greater love for the school and the sport, and in response to “hungry nights,” the NCAA voted to allow schools to offer athletes unlimited meals and snacks.

Furthermore, colleges across the nation fear student-athletes will look towards California with priority. Because the “Pay Fair to Play Act” only applies to schools in California, the opportunity for profit would draw applicants away from their home states.

Anderson also worries about the potential repercussions of testing the NCAA’s authority.

Should the organization refuse to compromise, they hold the ability to deny representation for Californian institutes in major tournaments and meets.

Of course, with every attempt to change the law comes a battle of legal appeals, institutional protests, and outraged public sentiment.