Families gather to commemorate loss of loved ones 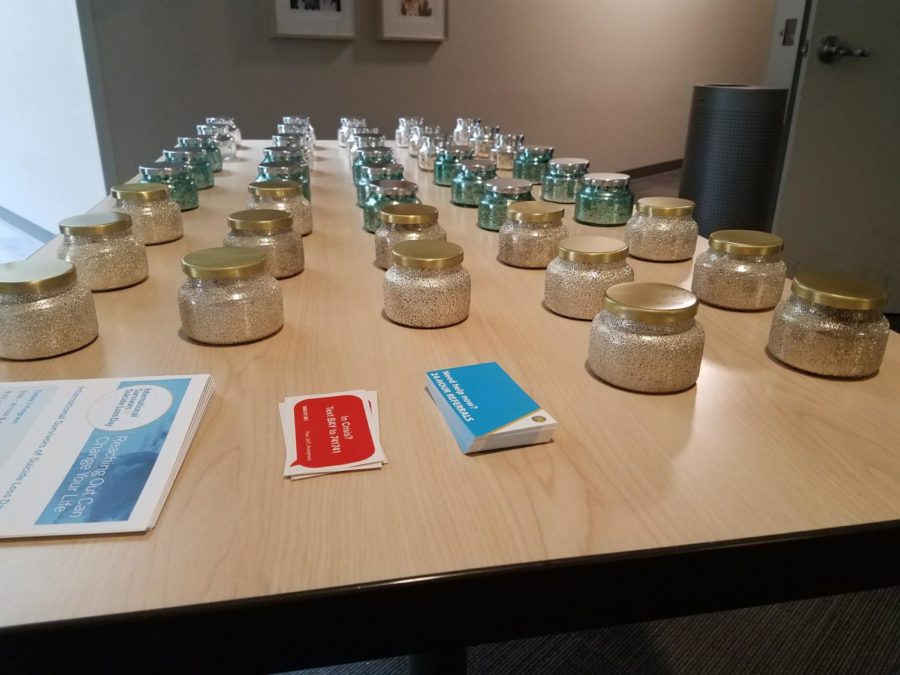 Candles are set out as gifts for survivors to bring home.

For people who have lost friends or family to suicide, the International Survivors of Suicide Loss Day on Nov. 26 was a way to connect with others who understood what they were going through, as well as a way to heal from their loss.

According to the website for the American Foundation for Suicide Prevention (AFSP), there were over 400 events held in 20 countries all over the world, including one held in Palo Alto. The event was hosted by the Children’s Health Council and featured a speaker, mental health professionals, and a screening of the film “The Journey and The Journey Revisited.”

The atmosphere was hushed and respectful with a tinge of hope. Many of the attendees who came to the event were still recovering from the loss of their loved ones.

Whitney, a volunteer at the event who did not wish to have her last name disclosed, said, “Events like these help survivors [of suicide loss] because they give them a forum to openly share their feelings in a safe space free of any judgment. They can be among others who can relate to what they’re saying and understand what they’re going through.”

According to AFSP, 44,193 Americans die from suicide each year. Meanwhile, for every person who dies from suicide, 25 people attempt it.

As a result, suicide has a very prevalent presence in many people’s lives. For some, talking to a counselor or therapist is a way to heal.

“As a counselor, I try to use critical incident stress debriefing, which is where you ask questions that get out the details and know how it’s impacting [the survivor],” said Carlmont SOS counselor Shelley Bustamante.

Furthermore, suicide can affect all different types of people. Carlmont student Teresa Vollert, a junior, knows this far too well since she herself has lost people to suicide.

“It’s hard [to lose somebody to suicide] because a lot of friends don’t typically know what to say or to do, so you can’t rely on them for support,” said Vollert.

Vollert also explained that it was difficult to deal with the guilt that came with suicide.

“There’s always that question of what you would have done differently. To actually have a therapist who helped me work on that question was a significant part of the healing process,” said Vollert.

This international day of remembrance was started in 1999 by Senator Harry Reid, who was a loss survivor himself. It established that this event would be held every Saturday before Thanksgiving since the holidays are a particularly difficult time for loss survivors.

The next event will be held on Nov. 17, 2018. The Children’s Health Council also offers community education classes for parents and others interested in learning about mental health or disabilities.

Whitney said, “The survivors can talk to somebody about [their experiences] and share what they’re feeling. Most importantly, this day allows them to reach out because there are a lot of resources out there for them.”