Fighting for a spot in the lot 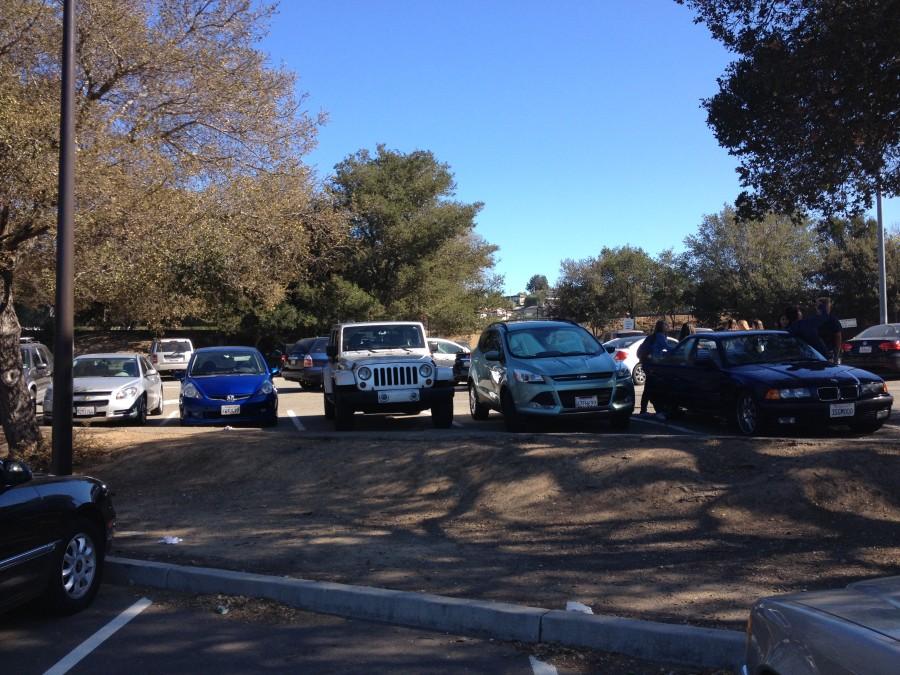 Students have "regular spots" in the senior lot in which they park their cars every day.

Spot saving has caused disruption in the senior lot.

For many licensed students the senior lot is something to look forward to as one of those “senior year perks.” However, simply becoming a senior and buying a parking permit (which costs $100 for the entire school year) does not necessarily guarantee a student a spot, or at least not the spot they want. Spot saving has becoming a common practice within the lot.

Senior Kurt Hildebrant said, “I did stand in my friend’s spot once and reject a few people who wanted to park there.”

Hildebrant’s actions summed up the term. Students who want their friends to park next to them have double parked, that is parking one car in two parking spots, or taken actions similar to Hildebrant’s. Henson Kwok, senior and Drumline member stood up for the practice.

“Drumline [saved spots] the first couple days of school. We thought we were cool to get all the Drumline cars together. We spelled out “Drumline” with our cars. We even used caution “do not pass” tape to mark our spots.”

Although spot saving has not been completely eliminated from the senior lot, students revealed that the practice seems to be dwindling down.

Senior Brandon Moyle confessed to spot saving a couple of times but said, “It’s hard now because I don’t get [to the lot] early anymore.”

Now that the start of the new school year has come and gone, students have grown accustomed to parking in the same spot every day and share Moyle’s practice of coming to school later. Even though it is possible that this could result in an increased amount of “spot savers” Kwok said that “people are usually pretty good about not taking other people’s spots.”

Since rushing to get a spot is not an issue, the new struggle of the senior lot is when students arrive later than usual and find that “their” spots are already taken. Hildebrant, Kwok, and Moyle all mentioned that finding their regular spots already occupied is one of the most annoying parts of parking in the senior lot.

To avoid these problems, drivers who park in the senior lot should try coming to school a little earlier…or possibly reaching out to Kwok for some of that caution tape.