Film Club is passionate for art 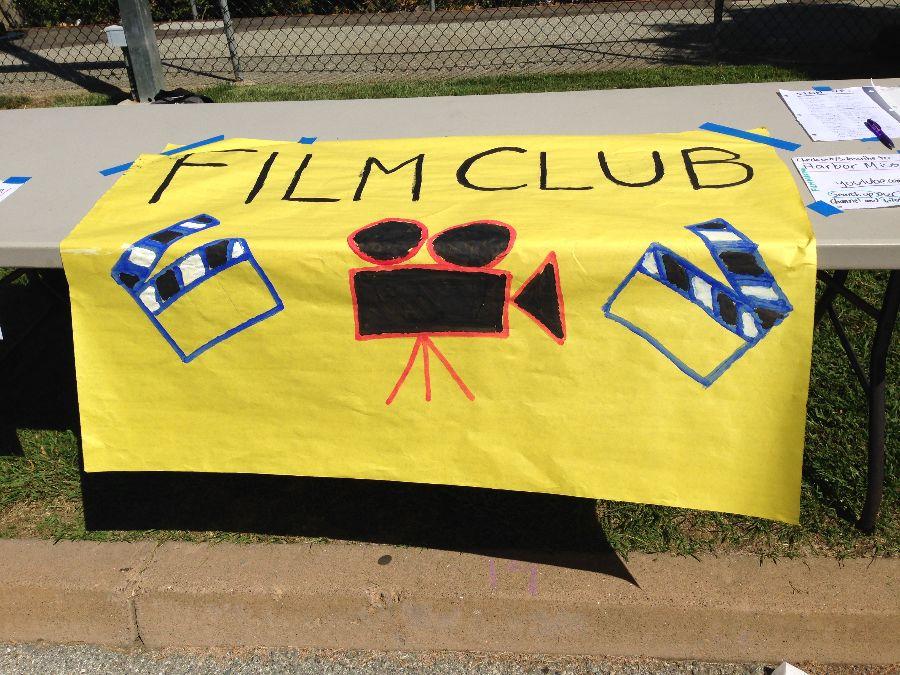 Film Club at the course fair

The art of film making is one that can only be fully appreciated by those with a passion for it.

Carlmont’s Film Club is a group of individuals who joined because they truly enjoy making films.

Sophomore Jason Jung, founder and president of the club said, “I started Film Club because I enjoy making videos and I wanted to help people improve their filming skills.”

Sophomore Chase Nilsen, a member of Film Club said, “I really like to film and doing it with friends makes the experience more enjoyable.”

The goal of Film Club is to help people learn the skills needed to make films and to have a place where students can showcase their work.

Freshman Jonah Przbyszewski, a member of Film Club said, “Before I joined Film Club, I really only focused on the technical aspect of my videos.  From the club, I learned how to add more of a creative aspect [to my films].”

Sophomore Greg Lau, a member of Film Club said, “It’s really helpful to receive input from my friends, after I make a video because I can learn a lot from their comments.”

Being in Film Club takes a lot of dedication and hard work. The members can spend up to weeks filming a project and the result would only be a two minute long film.

“It’s always important that the quality of the film is good, no matter the length,” said Nilsen.

Last year, Film Club did about 10 to 15 projects all ranging from 30 seconds to two minutes each. One of the club members’ favorite projects and their longest film so far is a short horror film called “Sleep Tight.”

This year, the club is trying to focus more on the quality of the film and making longer projects.

Film Club meets every Thursday at lunch in D7.

Jung said, “Starting film club will help me get into film school, and it helped me decide to pursue film making as a career.”