Filoli Gardens unlocks its gates for a longer season 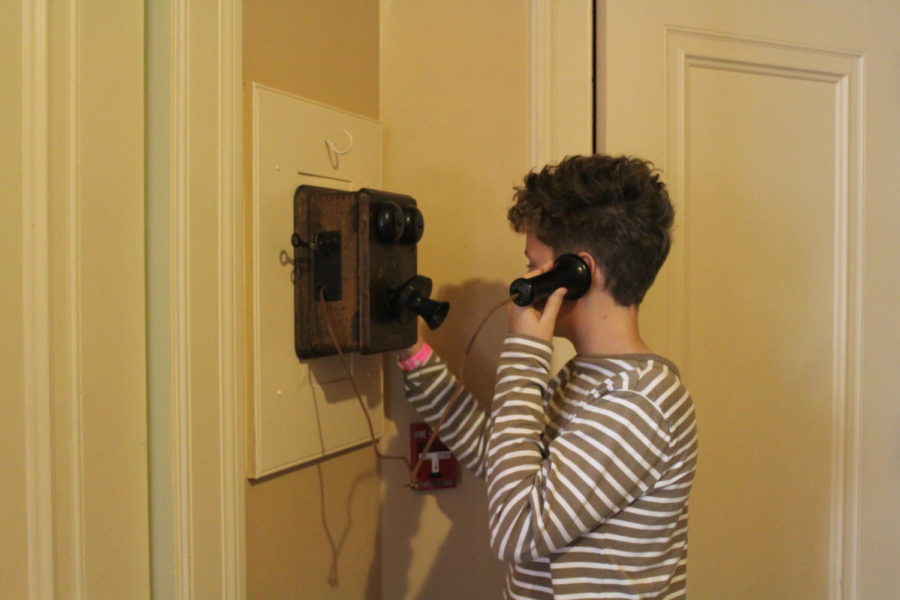 Visitor Charlie Baker uses the telephone located at the back of the Filoli house.

California does not have a winter season, and neither does Filoli.

This was the first year that Filoli Gardens, a California Historical Landmark, opened its gates to the public during the winter.

Filoli Gardens is a country house located on a 645-acre estate. The house was built between 1915 and 1917 for Mr. and Mrs. William Bowers Bourn II. In 1937, Mr. and Mrs. William P. Roth purchased the estate, and in 1975 Mrs. Roth donated her home and gardens to the National Trust for Historic Preservation.

Before this year, Filoli was only open to the public from late February to October.

“Filoli Unlocked” opens the estate and allows visitors to see Filoli throughout the winter, with the exception of the week before New Year’s.

“The garden is active and evolving during the winter,” said Mike Cavera, a Filoli docent. “Usually only the people maintaining the gardens get to see that, and now the public can too.”

Filoli offers a membership, which many people use to spend the day at Filoli just relaxing. Docents also get to enjoy the estate, roaming around the gardens and enthusiastically telling guests the history of Filoli.

“I love the history and the beauty and peace,” said Cavera. “It’s lovely to interact with people come to appreciate the garden, the house, and the history. They all want to be here.”

The grounds were filled with guests of all ages. The estate has several benches where visitors can sit and relax. Unlike other California Historical Landmarks, Filoli allows people to be in parts of the estate for as long as they want.

“We flew here to visit our mom,” said Meredith Kane, a visitor. “This is just a beautiful place to be on a day like today.”

Filoli brings together generations of families. Grandparents, parents, and grandchildren alike enjoyed the house and its garden.

“I think the library is the most beautiful part, but it’s so hard to choose,” said Robin Kane, Meredith’s sister. “We both have kids, and we were thinking, ‘how can you live in this kind of house with children?’ The whole thing is unimaginable to me.”