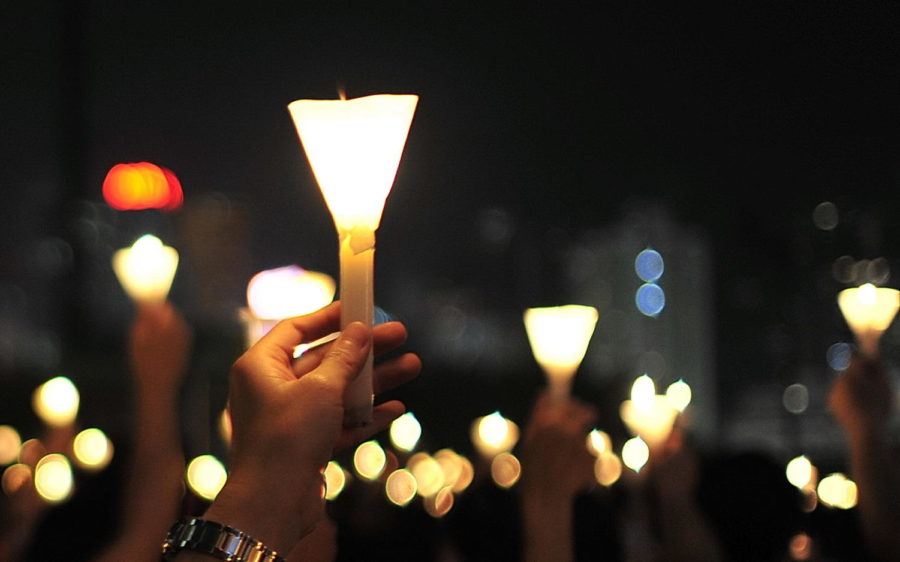 After the shooting at Marjory Stoneman Douglas High School, many participated in candle lit vigils to honor the lives of victims.

Florida is not the first, and it will not be the last. Not unless something changes.

On Oct. 1, 2017, a gunman killed 58 people in a mass shooting on the Las Vegas strip — often called the worst mass shooting thus far in American history.

And on Feb. 14, 19-year-old Nikolas Cruz killed 17 people at Marjory Stoneman Douglas High School in Parkland, Florida. Fifteen students and two teachers were killed, and several more students were injured in the attack.

When I first heard about the shooting and the devastation in Parkland, my first thought was: “How could this happen? How could a 19-year-old high school student get a gun, walk onto a school campus armed, and run rampant shooting through the halls?”

Many call out loose gun control regulations as the catalysts, and I wholeheartedly agree. After all, Cruz carried out his attack with a legally purchased AR-15 rifle.

According to the Florida Department of Law Enforcement, “Florida does not require a specialized permit to purchase a firearm.” Furthermore, the age limit for purchasing long guns in the state is only 18 years old.

There’s something wrong with the fact that while a person cannot legally consume alcohol until age 21, they can buy themselves a rifle at 18.

But the White House, as it has been in the past, is slow in responding on the issue of gun control. On Feb. 15, President Trump gave a speech that ignored the topic of gun regulations, emphasizing mental health as the issue of focus.

“We are committed to working with the state and local leaders to help secure our schools and tackle the difficult issue of mental health,” Trump said, according to CNN.

I’m not saying that mental health wasn’t an issue in this situation — it was. However, both gun regulations and mental health care are issues that our government needs to address.

Trump can say that mental health is an issue all he wants, but he must actually act on that condemnation. We should be investing in better psychiatric care for high school students and getting insurance to cover mental aide services for families.

And as for gun control, the topic has been a heated debate for a long time.

As I see it, the possibility of immediate action from our government isn’t high at all. But until our government actually does expand background checks, ban assault weapons, tax gun purchases, or initiate other forms of gun regulations, more mass shootings are bound to occur.

However, I do expect action from the public; students all over the country are already planning walkouts and protests.

We must push for change, for new policies concerning gun laws in the United States.

David Hogg, a senior from Marjory Stoneman Douglas who survived the shooting, said, “Politicians and, more importantly, the American public must take action if we’re going to prevent the next shooting. To elected officials, I say this: ‘Don’t lie to us.’ Don’t make any more false promises because when you do, children die.”

And to all of the high school students out there, who go to school in fear and terror of the possibility of yet another mass shooting, there is another action that American citizens can take at age 18…

That is their power: being a part of a representative democracy. So, as soon as you are able to use that power, vote for gun reform and taxation, vote for improved mental health services, vote for safer school campuses.

The shooting at Marjory Stoneman Douglas High School should never have happened, but it did do something very important for all of us on a national scale: it reminded us of the horrors of mass shootings. Now that those terrors are in the spotlight, it is time for action.

And it starts with us: the people. Contact your state representative, write a letter to Congress, start an online petition, vote. Do something, because if we don’t, nothing is going to change, and this all will happen again.