Fly with the puck

A game with the San Jose Sharks 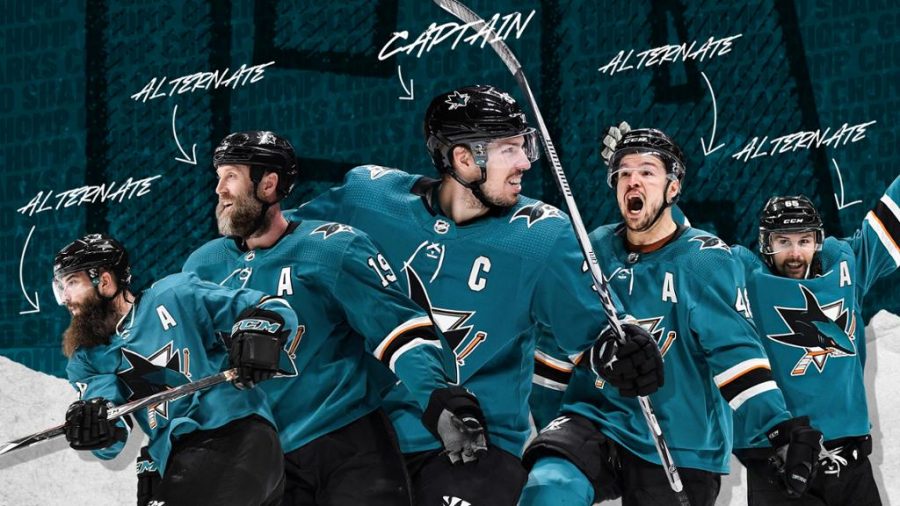 The San Jose Sharks show teamwork, passion, and determination for their sport.

Kane, Burns, Hertl, Jones, and finally Couture, the captain, all fly out. Pieces of ice chip off their skates as the players glide with their freshly-sharpened blades on virgin ice. Hyped for the upcoming fight, the enthusiastic fans prepare themselves.

Although these games are amazingly thrilling and provide tons of excitement, what goes into them behind the scenes on game day?

The San Jose Sharks, according to Encyclopedia Britannica, have a rich history and have provided the National Hockey League with many wins.

“The Bay Area was previously home to an NHL team, known first as the Seals and then as the Golden Seals, from 1967 to 1976. When two of that franchise’s owners, Gordon and George Gund, were awarded an expansion club by the league to begin to play in 1991, they chose to base it in San Jose, which had never previously been home to a major North American sports franchise,” said Adam Augustyn, managing editor of Encyclopedia Britannica.

Sarah Escobedo, a diehard fan of the Sharks, has been to many games and has had various experiences with the Sharks.

“I probably go to about 5-8 games in a season and always make it to at least one playoff game. The playoff games are the most exciting, as the production level of their opening gets the crowd going; they do special lighting and give out synchronized light-up bracelets so the whole crowd basically participates in the light show,” Escobedo said. “They hand out rally towels with funny jabs at the opposing team that everyone twirls when we score, and just the noise level is elevated with a packed house.”

Fans like Escobedo are devoted to the team and wouldn’t change any aspect of the team for anything.

The Sharks continue to be a part of the National Hockey League and carry on with their journey to achieve more victories.