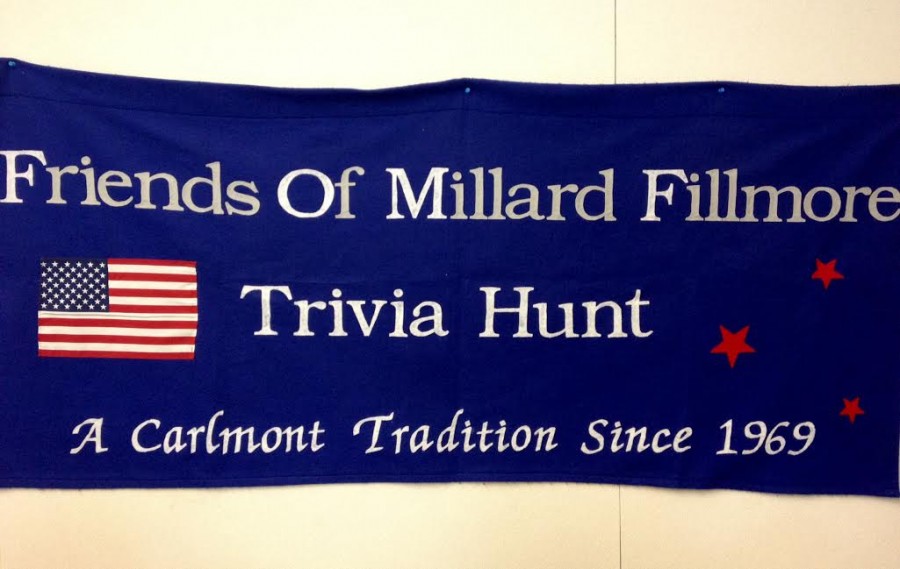 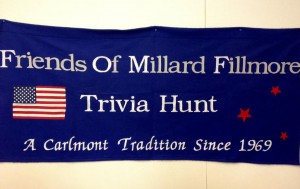 FOMF is an inter-school trivia hunt hosted by Carlmont, reputed for its difficulty in acquiring two hard-copy proofs for each question.

Carlmont social studies teacher Patricia Braunstein said, “I’ve been hosting FOMF for at least 15 years; and as with the guy who originally started it, Dr. Robert Hunter, we believe that it’s important to teach kids how to research, but to also have fun at the same time.”

Students often found themselves frustrated without the ability to use any technology for the two necessary proofs.

Sophomore Alexander Chan said, “For me, I found a book that had the answer, the problem is that no libraries around here had it, and we had to drive to San Fransisco. It’s a lot harder than you’d think to get a full proof.”

Carlmont librarian Alice Lane said, “It gives them a chance to dive into books. The restrictions make the process of students going beyond digital resources very interesting to watch.”

Braunstein believes FOMF is beneficial to the students. She said, “It’s like asking yourself, ‘Hey could I really find the answer to this question no matter what?’ Because that’s what you’re going to have to do that in the real world; it’s all problem solving and working with people.”

Every year, FOMF questions address a multitude of topics.

Freshman Max Chandhary said, “My question is basically about this man got kicked out of this club because he brought his pet goat and I had to find out the name of the man and the goat. It’s William and Billy Goat Traven.”

“I get out of doing an essay in Mrs. Braunstein’s class,” said sophomore Lucas Coley. “Even though it’s kind of aggravating, there’s a lot of team building  and you get to know people and it gives an excuse to run around libraries like a maniac with your friends.”

While some join for pure academic reasons, others take part in FOMF for the sole fun of it.

“I really like the idea of getting a question to research, and plus I found out that Carlmont has been losing so I want to help us win this year,” said Chandhary.

“I heard that FOMF was really fun, and why not do it, it’s like a high school academic Olympics. I thought it’d also be fun to go drive to find one answer to one question and go completely nuts trying to find the proof,” said Chan.

According to Braunstein, “FOMF is really great, it’s being a part of one of the biggest activities here at Carlmont. It’s fun to be part of something where 200 to 300 kids are collectively working on one project.”

Lane said, “I think it’s great for students, it lets you see how rare and how difficult it is to find hard evidence. It gives you an appreciation for the people who are writing the books themselves.

FOMF proves to be a one of a kind event hosted by Carlmont.

“Not only are you researching but you’re solving problems. And as a teacher myself, I think that’s more important than being able to answer multiple choice questions,” said Braunstein.