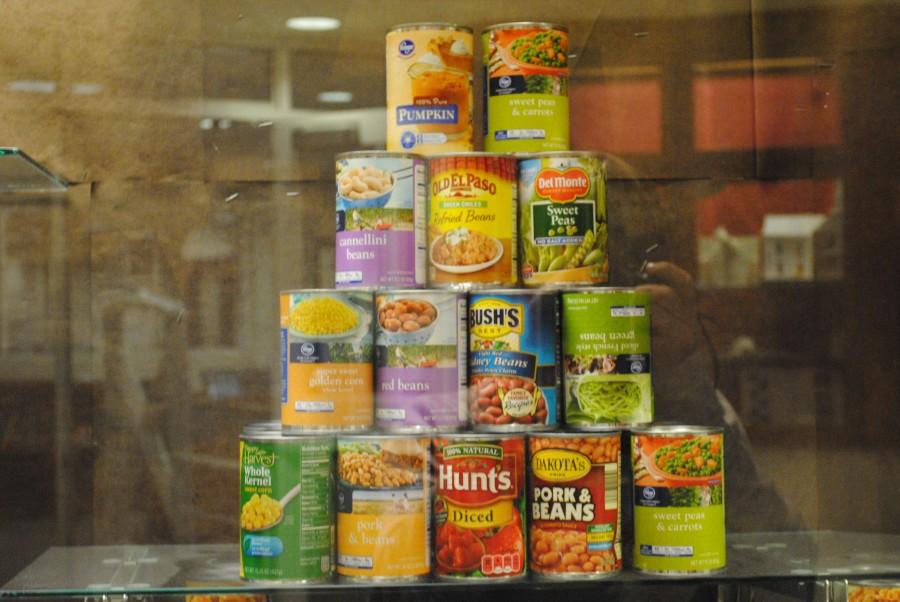 Carlmont proved that we can make a difference with an extroardinary amount of food donations.

Students were thrilled to lend a hand to those in their community this year, and after three weeks of effort and enthusiasm put into the food drive, the end result was 10 barrells of food– that’s approximately 2,500 cans, boxes, bags, etc.

“Everything has been collected and donated to families in need,” said Mathilde Zanelly from the Human Relations committee of Carlmont’s Associated Student Body (ASB). “So many families were able to enjoy a genuine holiday dinner over the break. It’s just great.”

Bringing in a soup can to change a family’s meal plan was how simple leaving a positive impact on families was this year.

Junior Savannah Grech said, “It wasn’t hard. It wasn’t time-consuming. There wasn’t a negative thing about it. Literally all you had to do was take a can of soup or a granola bar to school and it helped out someone who needed it.”

Due to the food drive’s success, hundreds of families were able to have a holiday dinner filled with what they usually lack around this time of year: food.

Since extra credit for bringing in food was not offered by teachers this year, Scots’ true kindness was highlighted through the food drive, showing the real spirit of the season.

Out of all the reasons to donate to the less fortunate, freshman Lexi Posey said she brought in food because she “realized how easy it is to change a family’s holiday season just by giving them a simple can of food. It’s an amazing feeling to know that I made such a difference just by bringing in some food that would probably be sitting in my kitchen cabinet until the end of the year.”

No matter which one or ones we celebrate, winter holidays all share the same common goal: the value of helping and giving.

Proud Scots revealed how well this goal can be accomplished this season with smiles, support, and food for thought.