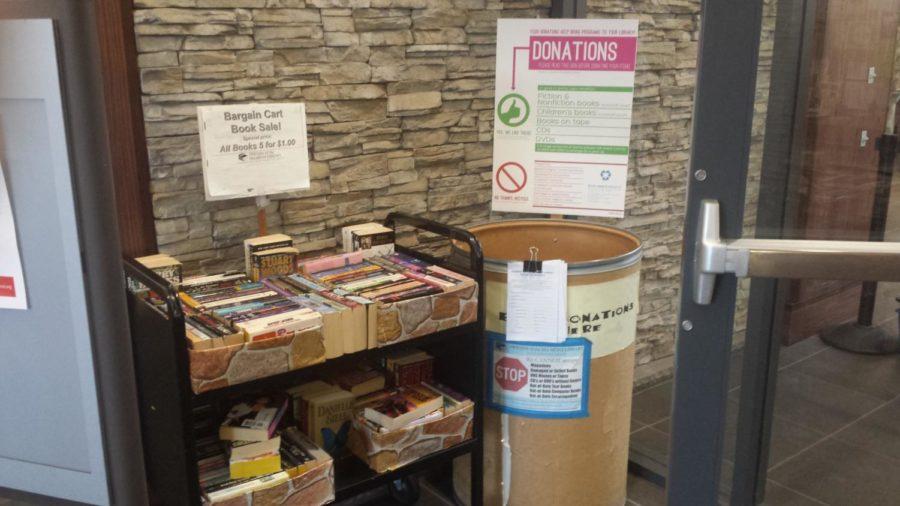 Patrons can donate nonperishable items like cans or dried foods in order to waive library fines.

Belmont community members have been on the lookout for new ways to help fire victims. For some, the direct approach of driving over to the North Bay and participating in relief efforts may not be the easiest nor most efficient way to show support. The Belmont Library has provided an answer to this problem by allowing people to donate food to fire victims, and in the process, get rid of library fines.

“We wanted people to come to the library instead of being scared away by fines,” said Teen Services Librarian Kayla Marie Figard, who works at the Belmont Library. “The best way to do that was to have them donate to those in need because then they feel redeemed and can use the library again.”

Starting at the beginning of November, the Food for Fines drive has been compiling a steady stash of nonperishables to give to fire victims. Because many libraries throughout San Mateo County participate in the program, patrons can easily rid themselves of any library fines by giving food donations. After only one month thus far, the Belmont branch has waived a total of $1062 in fines from all of the food donations.

Once the program ends in December 2017, all of the food donations will then be given to Second Harvest Food Bank, who will distribute the food.

“It’s good that people are thinking about helping the community,” said Edison Bai, a senior. “It doesn’t make sense to not donate because you’re both helping people and getting rid of library fines.”

In past years, the Belmont Library’s Food for Fines drives have been increasingly successful in gathering community support for those in need. In last year’s program, 229 patrons participated and a total of $2923 in fines was waived.

“I think it’s important to donate because you can really make a difference in the lives of other people and help them out a lot,” said Lily Gittoes, a sophomore. “It’s a great idea to clear fines for donating food because everyone gains something in the end, but I think people would still donate even if they didn’t get to clear any fines.”